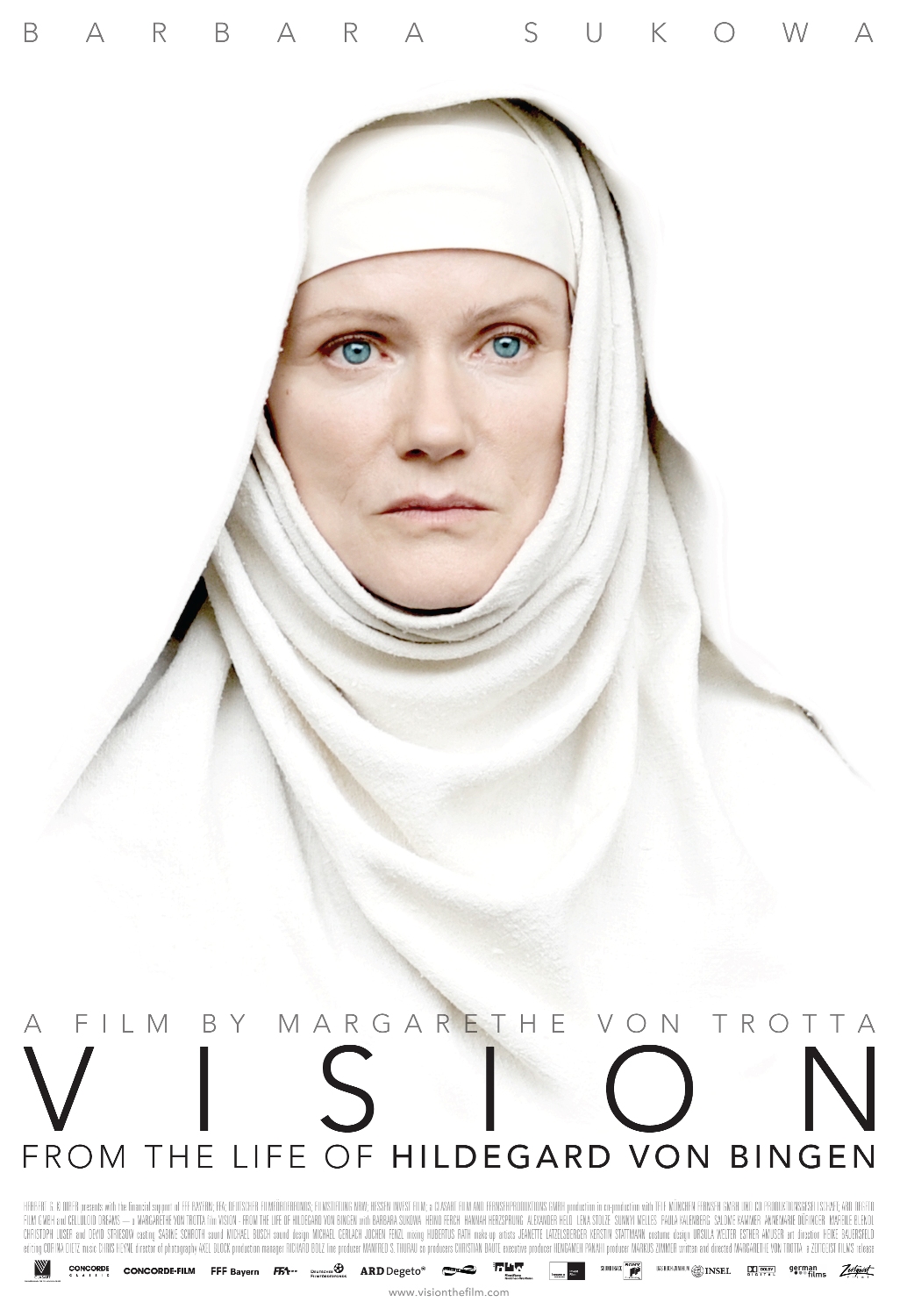 Zeitgeist Films will present the US theatrical release of VISION, a film by Margaretha von Trotta. Official Selection – Telluride and Toronto film festivals, VISION will have its theatrical premiere at Film Forum in NYC on October 13, and will open in Los Angeles at Laemmle theaters on November 5.  A national release will follow.

Hildegard von Bingen was truly a woman ahead of her time. A visionary in every sense of the word, this famed 12th-century Benedictine nun was a Christian mystic, composer, philosopher, playwright, poet, naturalist, scientist, physician, herbalist and ecological activist. In VISION – From the Life of Hildegard von Bingen, New German Cinema auteur Margarethe von Trotta (Marianne and Juliane, Rosa Luxemburg, Rosenstrasse) reunites with recurrent star Barbara Sukowa (Zentropa, Berlin Alexanderplatz) to bring the story of this extraordinary woman to life. In a staggering performance, Sukowa portrays von Bingen’s fierce determination to expand the responsibilities of women within the order, even as she fends off outrage from some in the Church over the visions she claims to receive from God. Lushly shot in the original medieval cloisters of the fairytale-like German countryside, VISION is a profoundly inspirational portrait of a woman who has emerged from the shadows of history as a forward-thinking and iconoclastic pioneer of faith, change and enlightenment.

Born in Berlin, Margarethe von Trotta is one of the leaders of the New German Cinema movement, as well as one of the world’s most important feminist filmmakers. From the early 1960s, after returning to Germany from Paris (where she encountered the Nouvelle Vague and the films of Ingmar Bergman), von Trotta then pursued acting, working closely with both Rainer Werner Fassbinder and Volker Schlöndorff, who later became her husband in 1971. She went on to direct a number of award winning and critically acclaimed films, including “Marianne and Juiane”, “Rosa Luxemburg”, “Rosenstrasse”.