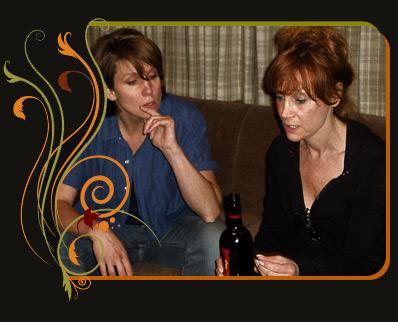 Written and completely funded by Richardson, the  film depicts lesbian couples in every day life.

DETOUR is a dramatic feature film about a 27 year old surgical resident, (Kendal Lawrence). Kendal lives and works in Brooklyn, New York. She is abducted on her way to meet her significant other (Lauren Stevens), and their mutual friend (Police Officer… Maria Rosetti), for dinner in the east village. Agent Ann Kuharik, a Senior FBI Agent works closely with NYPD Detective Bill Emerson, in an effort to find Kendal and determine the reason for her abduction. Sensing a lack of interest in the investigation by the NYPD Detective because of Kendal’s sexual orientation and Middle Eastern ancestory, Lauren decides to launch her own investigation. The reason for Kendal’s abduction is in question. The issues of terrorism and diversity are raised throughout the story. After watching DETOUR, you may think twice before getting into the backseat of a gypsy cab.

Detour is also available on DVD.