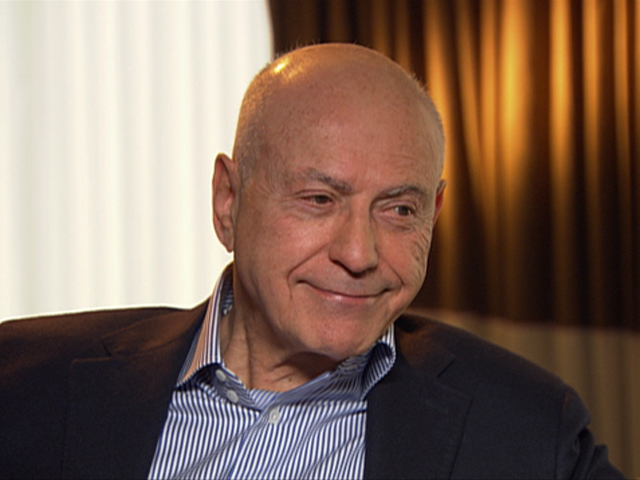 Academy Award®-winning filmmaker, Alan Arkin, will be honored at the Florida Film Festival’s 20th anniversary event, “An Evening with Alan Arkin,” on April 15. The Oscar® winning, three-time Academy Award® nominated filmmaker will receive the John M. Tiedtke Lifetime Achievement Award and the evening’s event will also include the 45th anniversary screening of The Russians are Coming! The Russians are Coming!, the film that earned Arkin his first Oscar® nomination in 1966.

This Oscar® winning, three-time Academy Award® nominated filmmaking legend’s breadth of work spans nearly six decades and features diverse, original roles that blazed a trail in independent cinema.    Arkin will receive the John M. Tiedtke Lifetime Achievement Award and the evening’s event will also include the 45th anniversary screening of The Russians are Coming! The Russians are Coming!, the film that earned Arkin his first Oscar® nomination in 1966.   A moderated question and answer session between Arkin and the audience will follow the screening.

Starring in renowned and celebrated films, including The Heart is a Lonely Hunter (1968) and Catch-22 (1970), Arkin continues to earn universal acclaim for his performances in such films as The Slums of Beverly Hills (1998), Sunshine Cleaning (2008), City Island (2009) and most notably, Little Miss Sunshine (2006), which garnered the actor his first Academy Award® win.

“Alan Arkin is proud to call himself a character actor. In his travels through the American drama, he has been a comedian, a songwriter, and a director,” said Henry Maldonado, President of Enzian and the Florida Film Festival. “Mr. Arkin has had a leading part in the history of the American cinema, and very close to our heart at Enzian is his involvement in independent films. This 20th year of the Florida Film Festival, it is our honor to salute Alan Arkin with the John M. Tiedtke Lifetime Achievement Award.”

Individual tickets for “An Evening with Alan Arkin” ($30) and Platinum Passes, which grant holders access to all Festival films including guaranteed admission into all “Evening/Afternoon with” events ($650), are available at www.FloridaFilmFestival.com.

“The Florida Film Festival provides one-of-a-kind experiences each year during the ten-days of festivities they offer,” said Rick Ramsey, Full Sail University’s Director of Visual Arts. “As primary sponsor of the Florida Film Festival, Full Sail is proud to join the Enzian in welcoming the Academy Award-winning actor, Alan Arkin, who will share insight into his tremendous career during what is sure to be a memorable festival event.”

The Florida Film Festival is the premier showcase in Central Florida for American independent and international film. Celebrating its 20th anniversary, the Festival debuted in 1992 and is a core program of ENZIAN, a nonprofit cultural organization founded in 1985. ENZIAN and the Florida Film Festival have served more than 1.5 million guests and hosted hundreds of notable celebrities including Paul Newman, Christopher Walken, Oliver Stone, Glenn Close, John Waters, Emma Stone, Campbell Scott, James Caan, Ed Burns, Jason Lee, Gena Rowlands, William H. Macy, and Virginia Madsen.  The Festival is funded in part by national and local businesses and receives support from United Arts of Central Florida and the State of Florida, Department of the State, Division of Cultural Affairs, the Florida Council on Arts and Culture, National Endowment for the Arts, and Academy of Motion Picture Arts & Sciences. In addition, this project is funded in part by Orange County Government through the Arts & Cultural Affairs Program.

Alan Arkin was recently in an accident and will not be attending the 2011 Florida Film Festival.

Alan Arkin was recently in an accident. Most importantly he is relatively unharmed, but due to injuries sustained to his inner ear he is unable to fly, preventing him from attending the 2011 Florida Film Festival. The Festival wishes him a speedy recovery.

The Florida Film Festival, sponsored by Full Sail University, will take place April 8 through 17, 2011, and will showcase 165 films and 21 World Premieres.

Lunatics, Lovers and Poets and all the Winners of 2011 Fort Myers Film Festival