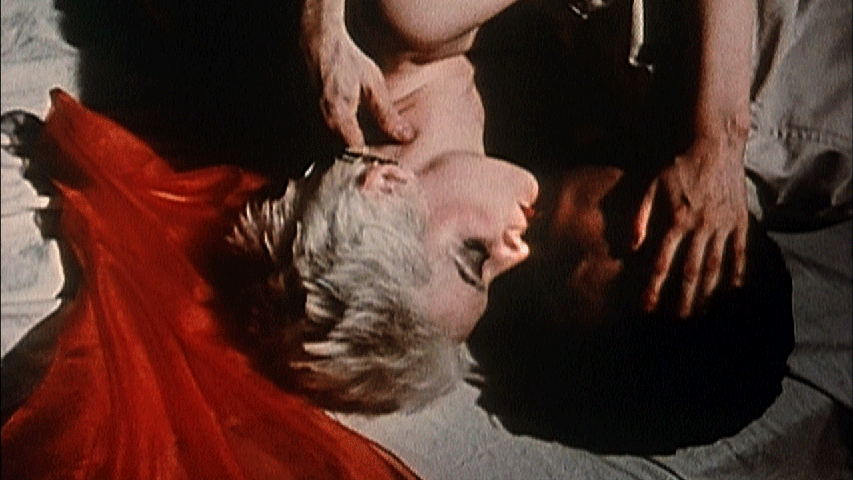 Blank City is at once nostalgic, in its look back towards a time and place that was full of raw energy and desperate creativity; eye-opening, with its fantastic clips of experimental films that few people today have probably seen; and very timely, since it speaks directly to our current culture of artists, hipsters and struggling indie filmmakers scraping by in contemporary New York, a city very different from the one portrayed in this film, but the same city nonetheless. Celine Danhier’s documentary is all of these things, and more. It explores the films and music being made in New York in the late 1970s and early 80s, leading to the art boom of the 80s and 90s, the spread of punk and hip hop, and the rise of independent film. The time and place is portrayed by the use of film clips, musical performance footage, and honest and humorous recollections of the people who experienced it. The people interviewed include familiar celebrities, such as Jim Jarmusch, Debbie Harry, and Steve Buscemi, and lesser known artists like Amos Poe, Vivienne Dick, and Nick Zedd.

Danhier focuses particularly on the films—she lovingly showcases the experimental cinema that was being made by creative minds surviving in a run-down city, living in the abandoned buildings of the Lower East Side, renting cameras, stealing film, and using their friends as actors. But although the focus is cinema, that art form cannot be separated from the music and visual art being produced at the time, since there was a cross-over between cinema, music and art that was unprecedented. The art forms were intertwined because it was one big community of people, trying their hand at any creative outlet they could. As one interviewee states, “no one was doing what they knew how to do;” everyone was trying something new, since the state of mind seemed to be, why the hell not? Musicians became actors, actors became musicians, artists became filmmakers, and everyone collaborated on everything.

The documentary covers two distinct film movements: the No Wave of the late 1970s, and the Cinema of Transgression that followed in the mid 1980s. The No Wave was borne out of people getting cameras, and filming their surroundings, since, as Debbie Harry states, “Our lives were movies—it was all very cinematic.” They were consciously rebelling against mainstream media, were inspired by the experimental cinema of Warhol, and also by the European cinema of Antonioni and Godard, but mostly they were creating out of a frenzied desire to express themselves, and illustrate their existence in the city. Punk rock featured very strongly in many films, as did hip hop (in which case the neighborhoods of the LES and Harlem and the Bronx were brought together), and the narratives often reflected the danger, anxiety and poverty of the city. The Cinema of Transgression movement was borne out of the No Wave, but changed things since times were changing: the city suddenly had money, the art world was thriving, and the Lower East Side was becoming gentrified and sold as prime real estate. This new cinema movement was all about shock value, with explicit scenes of sex and violence; it was rebelling against a conservative government, and also reacting to the mysterious AIDS epidemic that was being ignored and kept secret, but that was claiming many friends and family members of artists.

Danhier’s techniques in making this documentary are similar to the films she documents; the film is structured enough to follow the history, but also natural in its exploration of people, places, and art. It lets the film footage, music, and artists speak, and doesn’t try to over-educate or simplify with omniscient narration, specific dates and times, or obvious comparative footage of the city today. It illustrates the energy and unique creativity of the time (undocumented until now), giving anyone who wasn’t there as good an idea of what was happening as possible, besides watching the specific films themselves (which viewers will no doubt want to do). Blank City illuminates the work created by artists in New York City over three decades ago, and will cause feelings of reverence, inspiration, and envy in artists who watch it today.