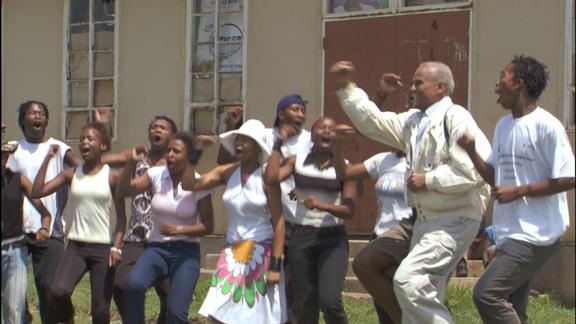 SING YOUR SONG, the new documentary about the life of actor/activist/singer Harry Belafonte, will close 2011 Maryland Film Festival, on May 8.

Wonderfully archived, and told with a remarkable sense of intimacy, visual style, and musical panache, Susanne Rostock’s inspiring biographical documentary, Sing Your Song, surveys the life and times of singer/actor/activist Harry Belafonte. From his rise to fame as a singer, inspired by Paul Robeson, and his experiences touring a segregated country, to his provocative crossover into Hollywood, Belafonte’s groundbreaking career personifies the American civil rights movement and impacted many other social-justice movements. Rostock reveals Belafonte as a tenacious hands-on activist, who worked intimately with Dr. Martin Luther King Jr., mobilized celebrities for social justice, participated in the struggle against apartheid in South Africa, and took action to counter gang violence, prisons, and the incarceration of youth.

Because of his beliefs, Belafonte drew unwarranted invasions by the FBI into both his personal life and career, which led to years of struggle. But an indomitable sense of optimism motivates his path even today as he continues to ask, at 82, “What do we do now?” His example may very well inspire you to action. [ 2011 Sundance Film Festival ]

Harry Belafonte and filmmaker collaborators Susanne Rostock and Gina Belafonte will attend the screening. The film which premiered earlier this year at the 2011 Sundance Film Festival was bought by HBO. As part of MFF 2011 Closing Night, Harry Belafonte will be interviewed by Pulitzer Prize winning historian Taylor Branch. Belafonte was an important source for Branch’s monumental three book series on the Civil Rights Movement, and they have been longtime friends

Documentary on world’s only comedic, singing, yodeling lesbian twin sisters opens in NYC on May 13