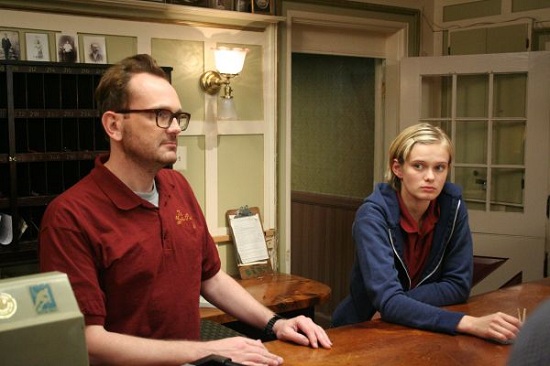 The South Eastern premiere of Ti West’s The Innkeepers will serve as the Opening Night Film of the 2011 Sidewalk Film Festival and will screen at the beautiful 2,200 seat Alabama Theatre.

Described as one of the most exciting and original filmmakers on the independent scene today, Ti West (The Roost, Trigger Man and The House of the Devil) directs, edits and co-produces his original screenplay about two employees of a soon-to-be-closed hotel, who get more than they bargained for when they set out to prove that the hotel is as haunted as its reputation, in The Innkeepers. The film stars Sara Paxton, Pat Healy and Kelly McGillis.

After over one hundred years of service, The Yankee Pedlar Inn is shutting its doors for good. The last remaining employees – Claire (Sara Paxton) and Luke (Pat Healy)- are determined to uncover proof of what many believe to be one of New England’s most haunted hotels. As the Inn’s final days draw near, odd guests check in as the pair of minimum wage “ghost hunters” begin to experience strange and alarming events that may ultimately cause them to be mere footnotes in the hotel’s long unexplained history.

The Innkeepers made its World Premiere at SXSW in March of 2011 and was an official selection of the 2011 LA Film Festival.

Philippine Indie Film Director still drawing flak for comments that he hires theater actors because ... you can pay them in cat food