Go See the Indie Comedy “Rid of Me” 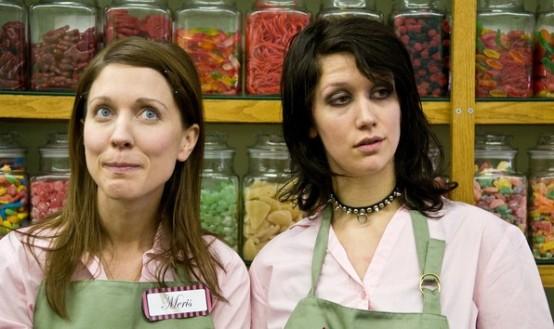 RID OF ME, James Westby’s latest black comedy that follows Meris, (an awesome Katy O’Grady!) an awkward young woman trying too hard to perfect her marriage, amongst a new group of friends. RID OF ME follows Meris’ rejection from the cool crowd down a path towards truth and salvation which includes a job at a local candy shop, a group of punk friends, community gardening and a newfound love for Cambodian rock music! (Yes!)

I think this was one of the hidden gems of the Tribeca Film Festival, and it is opening at Cinema Village West Theater tomorrow in New York City, November 18th- RUN OUT TO SEE IT ASAP THIS WEEKEND! We LOVED it, and so will you.  Let’s make this small wonder a huge hit! Check out the awesome reviews below:

“RID OF ME, if there’s any justice, should make actress Katie O’Grady a star.” –S.T. VanAirsdale, MOVIELINE

“RID OF ME is cheerfully obscene, hip, and wickedly funny! Director James Westby is a talent on the march.” –Erica Abeel, HUFFINGTON POST