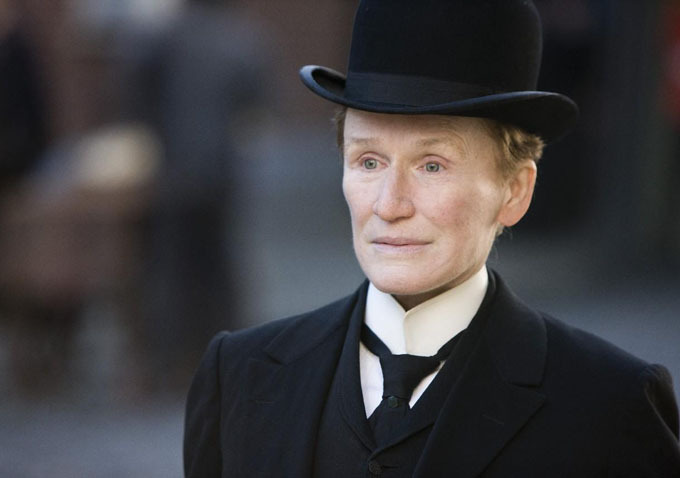 “Glenn Close has the gift of mesmerizing an audience whenever she performs,” said Film Festival Chairman Harold Matzner.  “Since her film debut in 1982, Close’s ability to capture the essence of a character is unparalleled, be it a femme fatale, a notorious stalker or the trusted aide to a president.  In Albert Nobbs, her upcoming film, Close portrays a woman whose plan for survival in 19th century Ireland is to “pass” as a man, only to find herself trapped by the reality she’s created.  Here she revives a previous stage role and brings it to gritty life in yet another bravura performance.  To this star, a superstar in every sense of the word, the Palm Springs International Film Festival is proud to present the 2011 Career Achievement Award to her.”

In her forthcoming film Albert Nobbs, Close plays a woman passing as a man in order to work and survive in 19th-century Ireland.  Some thirty years after donning men’s clothing, she finds herself trapped in a prison of her own making.  Mia Wasikowska, Aaron Johnson and Brendan Gleeson join a prestigious, international cast that includes Jonathan Rhys Meyers, Janet McTeer, Brenda Fricker and Pauline Collins.  Rodrigo Garcia directs from a script that Glenn Close, along with Man Booker prize-winning novelist John Banville and Gabriella Prekop, adapted from a short story by Irish author George Moore.  Roadside Attractions will release the film theatrically this December.