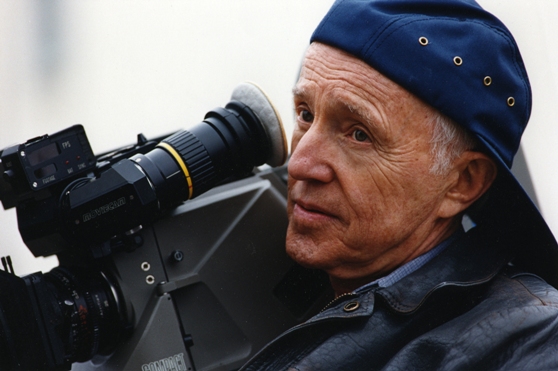 Haskell Wexler, an 89 year-old Academy Award Winning cinematographer, is turning his camera on the Occupy LA movement for his latest political and social documentation.

The groundbreaking cinematographer and film director has been in the business since the early 1960s, starting out with documentaries, then breaking into Hollywood with Who’s Afraid of Virginia Woolf?, for which he won his first Oscar. He went on to shoot such famous and well respected films as In the Heat of the Night and One Flew Over the Cukoo’s Nest. But healso continued to make documentaries and socially relevant films, such as Medium Cool, which he directed, and stands out as a lesser-known film renowned for its realistic and almost journalistic style in capturing the atmosphere leading up to the The Democratic National Convention in 1968.

Now Wexler has seemed to found a new subject of inspiration and filmmaking with the Occupy movement spreading throughout the country, focusing on LA, where he lives. He has already generated press for his videos (which are being posted online, on various sites) from such publications as The Huffington Post and the LA Times. Vimooz looks forward to what could turn into a full-length documentary. Although Wexler is older and seemingly at the end of a long and great career, it seems he is by no means ready to sit back and stop filming. As he told the LA Times, “You can take that insulation and figure you’re an old guy and you [already] did your thing, and then something inside me gets reminded that my ‘thing’ is what makes me alive — to be able to have a camera and an idea and an urge that gives me pleasure.”