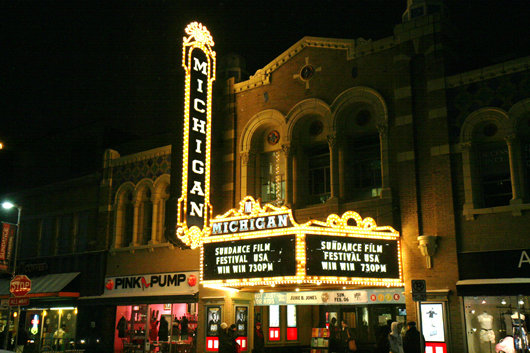 For A Good Time, Call… / U.S.A. (Director: Jamie Travis, Screenwriters: Katie Anne Naylon & Lauren Anne Miller) — Lauren and Katie move in together after a loss of a relationship and a loss of a rent controlled home, respectively. When Lauren learns what Katie does for a living the two enter into a wildly unconventional business venture. Cast: Ari Graynor, Lauren Anne Miller, Justin Long, Mark Webber, James Wolk.

Bachelorette / U.S.A. (Director and screenwriter: Leslye Headland) — Ten years after high school, three women reunite on the eve of their friend’s New York City wedding. A bachelorette party unfolds into a wild night of drugs, alcohol, men, and strippers that threatens to destroy the wedding and sends the girls on a comedic odyssey to fix the damage. As the girls race to save a friendship and a wedding, they ride a thin line between jealousy and loyalty in what might be the most important night of their lives. Cast: Kirsten Dunst, Isla Fisher, Lizzy Caplan, James Marsden, Adam Scott, Kyle Bornheimer.

West of Memphis / U.S.A. (Director: Amy Berg) — Three teenage boys are incarcerated for the murders of three 8-year-old boys in West Memphis, Arkansas. 19 years later, new evidence calls into question the convictions and raises issues of judicial, prosecutorial and jury misconduct – showing that the first casualty of a corrupt justice system is the truth.

Arbitrage / U.S.A. (Director and screenwriter: Nicholas Jarecki) — A hedge-fund magnate is in over his head, desperately trying to complete the sale of his trading empire before the depths of his fraud are revealed. An unexpected, bloody error forces him to turn to the most unlikely corner for help. Cast: Richard Gere, Susan Sarandon, Tim Roth, Brit Marling, Nate Parker.