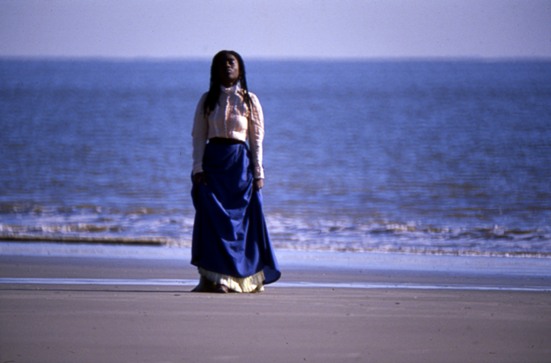 Daughters of the Dust (1991) and Reality Bites (1994) have been selected for the From the Collection screenings at the 2012 Sundance Film Festival. Both titles are part of The Sundance Collection at UCLA (The Collection), a film preservation program designed to archive work that has been supported by a Sundance Institute program. The Festival takes place January 19 through 29 in Park City, Salt Lake City, Ogden and Sundance, Utah.

Daughters of the Dust / U.S.A., 1991 (Director and screenwriter: Julie Dash) – Set in the early 1900s, the Pazants family prepares to migrate from their Sea Island home to the mainland, leaving their land and legacy behind. Daughters of the Dust was the first dramatic feature film to explore the traditions of the Gullah, the descendants of African slaves who once worked the plantations and later inhabited the many islands dotting the South Carolina and Georgia coastlines. It is a story about the struggle between tradition and progress.Cast: Adisa Anderson, Alva Rogers, Barbara O, Cheryl L. Bruce, Cora Lee Day, Kaycee Moore, Tommy Hicks, Trula Hoosier. Daughters of the Dust screened at the 1991 Sundance Film Festival, where it earned the Excellence in Cinematography Award.

Reality Bites / U.S.A., 1994 (Director: Ben Stiller, Screenwriter: Helen Childress) – Recent college graduate Lelaina Pierce is making a video about her circle of friends. Along the way, she must choose whether to give her heart to Michael, a charming, but materialistic, video executive, or her grungy, but too cool, friend, Troy. When Michael declares his love for Lelaina, the pressure is on Troy to decide whether to drop his mask of indifference and risk rejection, or play it safe and risk losing the love of his life. The feature-film directorial debut for Ben Stiller, Reality Bites was the film about young adults of the nineties that we were all waiting for. Cast: Ben Stiller, Ethan Hawke, Janeane Garofalo, Steve Zahn, Winona Ryder. Reality Bites screened at the 1994 Sundance Film Festival.