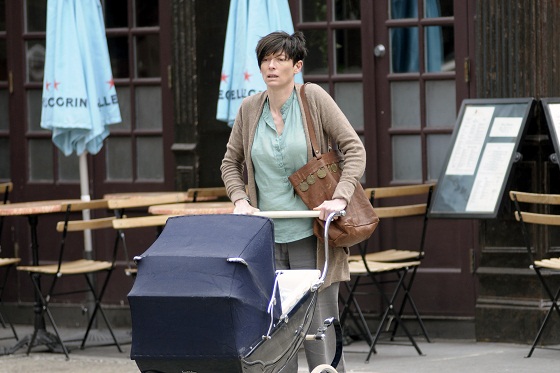 The Dallas-Fort Worth Film Critics Association, a group of 29 broadcast, print and online journalists from throughout North Texas, voted the comedy-drama THE DESCENDANTS as the best film of 2011, according to the results of its 18th annual critics’ poll released today.

For Best Actor, the association named George Clooney for THE DESCENDANTS. Runners-up included Jean Dujardin for THE ARTIST (2), Michael Fassbender for SHAME (3), Brad Pitt for MONEYBALL (4) and Michael Shannon for TAKE SHELTER (5).

Michelle Williams was voted Best Actress for MY WEEK WITH MARILYN. Next in the voting were Tilda Swinton for WE NEED TO TALK ABOUT KEVIN (2), Meryl Streep for THE IRON LADY (3), Charlize Theron for YOUNG ADULT (4) and Kirsten Dunst for MELANCHOLIA (5).

In the Best Supporting Actor category, the winner was Christopher Plummer for BEGINNERS. He was followed by Albert Brooks for DRIVE (2), Max von Sydow for EXTREMELY LOUD AND INCREDIBLY CLOSE (3), Armie Hammer for J. EDGAR (4) and Kenneth Branagh for MY WEEK WITH MARILYN (5).

For Best Supporting Actress, the association named Shailene Woodley for THE DESCENDANTS. Runners-up included Berenice Bejo for THE ARTIST (2), Octavia Spencer for THE HELP (3), Melissa McCarthy for BRIDESMAIDS (4) and Carey Mulligan for SHAME (5).

Alexander Payne was voted Best Director for THE DESCENDANTS. Next in the voting were Michel Hazanavicius for THE ARTIST (2), Terrence Malick for THE TREE OF LIFE (3), Martin Scorsese for HUGO (4) and Woody Allen for MIDNIGHT IN PARIS (5).

The association voted A SEPARATION as the best foreign-language film of the year. Runners-up were THE SKIN I LIVE IN (2), INCENDIES (3), 13 ASSASSINS (4) and a tie between OF GODS AND MEN and CERTIFIED COPY (5).

CAVE OF FORGOTTEN DREAMS won for Best Documentary over PROJECT NIM (2), THE INTERRUPTERS (3), PAGE ONE: INSIDE THE NEW YORK TIMES (4) and BUCK (5).

RANGO was named the best animated film of 2011, with THE ADVENTURES OF TINTIN as runner-up. Alexander Payne, Nat Faxon and Jim Rash won the Best Screenplay award for THE DESCENDANTS over Woody Allen for MIDNIGHT IN PARIS.

The award for Best Cinematography went to Emmanuel Lubezki for THE TREE OF LIFE, followed by Janusz Kaminski for WAR HORSE.

The association voted WE NEED TO TALK ABOUT KEVIN as the winner of the Russell Smith Award, named for the late Dallas Morning News film critic. The honor is given annually to the best low-budget or cutting-edge independent film.