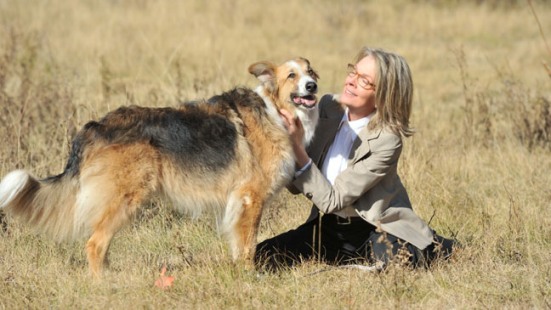 “We are incredibly privileged to have the world premiere of a Lawrence Kasdan film. The highly anticipated Darling Companion is a fantastic film to kick off the festival,” remarked SBIFF Executive Director Roger Durling.

In DARLING COMPANION, Beth (Diane Keaton) saves a bedraggled lost dog from the side of the freeway on a wintry day in Denver. Struggling with her distracted, self-involved husband Joseph (Kevin Kline) and an empty nest at home, Beth forms a special bond with the rescued animal. When Joseph loses the dog after a wedding at their vacation home in the Rockies, the distraught Beth enlists the help of the few remaining guests and a mysterious young woman (Ayelet Zurer) in a frantic search. Each member of the search party is affected by the adventure, which takes them in unexpected directions – comic, harrowing, and sometimes deeply emotional.

In addition to Darling Companion, SBIFF will also feature a Lawrence Kasdan Retrospective in its 2012 program. Body Heat (1981), The Big Chill (1983), and Grand Canyon (1991) will be featured, as well as a Q&A with the filmmaker himself.