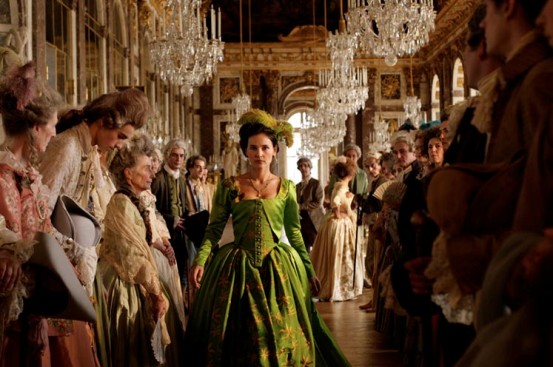 In a screen adaptation of Chantal Thomas’ prize-winning novel of the same name, French Director Benoît Jacquot (Tosca, Villa Amalia, Deep in the Woods, among others) portrays the first days of the French Revolution from the perspective of the servants at Versailles. With ironic overtones, a historical drama unfolds that also draws parallels to the present.

Versailles in July 1789. Unrest is growing in the court of King Louis the XVI. The people are rebelling – a revolution is imminent. Behind the facades of the royal palaces, everyone is thinking of fleeing, including Queen Marie Antoinette (Diane Kruger) and her entourage. Among her ladies-in-waiting is Sidonie Laborde (Léa Seydoux) who as the Queen’s reader has become quite intimate with her. With great amazement, Sidonie experiences the first hours of the French Revolution.

The French-Spanish co-production Les Adieux à la reine will participate in the competition of the 62nd Berlin International Film Festival.