Lineup for Perspektive Deutsches Kino section at 2012 Berlinale is Complete 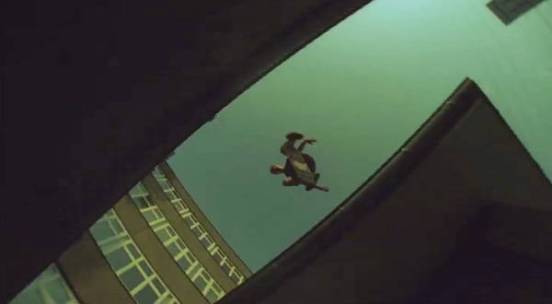 With 13 films, including three full-length documentaries and four full-length fictional films as well two sets of three medium-long films each, the programme of the 2012 Perspektive Deutsches Kino is complete . Section director Linda Söffker sums up the selection: “The GDR was colourful, adolescents are critical and good films end in our minds.”

West Berliner Michael Schöbel and East Berliner Ronald Vietz launched Wildfremd Productions in 2011 so as to make a film such as had never been seen on the screen before about teenagers in the GDR in the 1980s. Under the direction of Marten Persiel, they revived the weird and strange world of “Rollbrettffahrer”, as skateboarders were called in the GDR, using a veritable treasure trove of footage from super-8 films they had dug up from the period. This Ain’t California is Persiel’s first full-length documentary.

Unlike the skateboarders in the GDR, today’s young slam poets rebel with rhymes and verses, political and socio-critical visions or just plain nonsense. Marion Hütter’s documentary Dichter und Kämpfer accompanies four word-acrobats from Berlin, Leipzig, Bochum and Stuttgart with a camera for a year and shows how they enjoy giving their audiences food for thought.

Jan Speckenbach’s dffb graduation film, DIE VERMISSTEN with André M. Hennicke in the lead, envisions parents’ fears when their children are missing. Have they disappeared against their will because something happened to them? Or have they disappeared because they wanted to rebel against their parents and find a life different from theirs? Jan Speckenbach, whose short film Gestern in Eden screened in the Cinefondation in Cannes in 2008, plays with a threatening scenario in his debut film.

In their self-financed production Karaman, Tamer Yigit and Branka Prlic also tell a story that ends differently in each viewer’s mind. Zehra (Isilay Gül) wants to immigrate to Germany. But as a Muslim woman, can she leave an Islamic country for the West? The family are against it. Karaman is the second full-length feature by directing duo Yigit and Prlic.

An overview of all the films in Perspektive Deutsches Kino:

Man for a Day by Katarina Peters (documentary)

Sometimes we sit and think, and sometimes we just sit by Julian Pörksen

Tage in der Stadt (Out Off) by Janis Mazuch