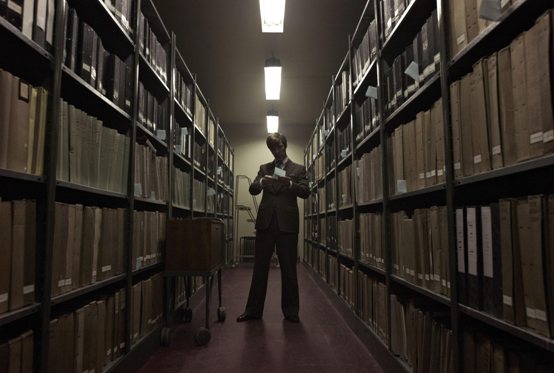 The authors and screenwriters of A Dangerous Method; The Descendants; Jane Eyre; Moneyball; and Tinker, Tailor, Soldier, Spy have been named finalists for the 24th-annual USC Libraries Scripter Award.

The 2012 finalists, in alphabetical order by film title, are: screenwriter Christopher Hampton for A Dangerous Method, adapted from the nonfiction book A Most Dangerous Method: The Story of Jung, Freud, and Sabina Spielrein by John Kerr and the 2002 stage play The Talking Cure by Hampton; screenwriters Alexander Payne, Nat Faxon, and Jim Rash for The Descendants, adapted from Kaui Hart Hemmings’ novel (itself an expansion of her first published short story, “The Minor Wars”); screenwriter Moira Buffini for Jane Eyre, adapted from the 1847 book by Charlotte Brontë; screenwriters Steven Zaillian, Aaron Sorkin, and Stan Chervin for Moneyball, based on Michael Lewis’ book, Moneyball: The Art of Winning an Unfair Game; and screenwriters Bridget O’Connor and Peter Straughan and author John le Carré for the thriller Tinker, Tailor, Soldier, Spy.

Established by the Friends of the USC Libraries in 1988, Scripter honors the screenwriter(s) of the year’s most accomplished cinematic adaptation as well as the author(s) of the written work upon which the screenplay is based.

The winning writers and screenwriters will be announced at a black-tie ceremony to be held Saturday, Feb. 18, 2012 in the historic Edward L. Doheny Jr. Memorial Library on the campus of the University of Southern California. Academy Award winners Helen Mirren and Taylor Hackford return this year as honorary dinner chairs.

Paul Haggis—a 2005 Scripter winner for his screenplay for Million Dollar Baby and the recipient of two Oscars for his film Crash—will be honored with the 2012 USC Scripter Literary Achievement Award.

“I am deeply honored to be receiving this award,” said Haggis of his selection as the Scripter Literary Achievement honoree. “If I have a gift, a big part of it is in choosing great material to adapt, and being fortunate enough to collaborate with truly great filmmakers.”

The Artist Nominated for American Society of Cinematographers Award