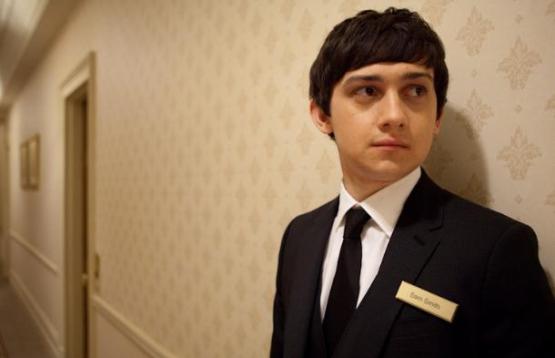 A total of 58 short and full-length films from 32 countries have been selected for the Generation Kplus and Generation 14plus competitions for 2012 Berlin International Film Festival.

Eleven children from Berlin between the ages of eleven and 14 as well as seven young adults have been invited to be on the Children’s and Youth Juries. They will award Crystal Bears for the best short and feature-length films.

Comes A Bright Day (Great Britain, by Simon Aboud) – Against the backdrop of an armed robbery at a London jewellers, much more is at stake than money. Where diamonds are involved, love is not far. Cast: Craig Roberts, Imogen Poots, Kevin McKidd, Timothy Spall and others. World Premiere

Lal Gece (Night of Silence, Turkey, by Reis Çelik) – When the groom lifts the bride’s veil, he is looking into the face of a 14-year-old girl. As tradition has it, a night in the bridal chamber seals the marriage. Cast: Ilyas Salman, Dilan Aksüt and others. World Premiere

Maori Boy Genius (New Zealand, by Pietra Brettkelly, documentary) – A young Maori, Ngaa Rauuira, is the chosen one. He fights with all his heart for the cultural concerns of his people. And they see Aotearoa’s (New Zealand’s) next Premiere Minister in him. World Premiere

Nosilatiaj. La Belleza (Beauty, Argentina, by Daniela Seggiaro) – Yolanda is a housemaid for a “Criolla” family. In the Wichi culture from which the girl comes, beautiful long hair has great meaning. The film tells about a painfully cutting experience. World Premiere

Snackbar (Netherlands, by Meral Uslu) – Ali’s snack bar is a refuge for a gang of local youth of Moroccan descent. They quarrel, laugh and fight there every day. When it gets out of hand, Ali intervenes. World Premiere

Two Little Boys (New Zealand, by Robert Sarkies) – Friends since early childhood, nothing can separate Deano and Nige, not even death. Until the tragic accident with a Norwegian football star. Cast: Bret McKenzie, Hamish Blake and others. World Premiere

Una Noche (One Night, USA/Cuba/Great Britain, by Lucy Mulloy) – Florida is their last hope. Only 90 miles separate life in Havana from the freedom they long for. Elio and Raul build a raft, but then Lila joins them. That was not the plan. World Premiere

As announced earlier, the programme also includes the following films:

ARCADIA (USA, by Olivia Silver) – In Arcadia, California, everything is going to be fine, Tom promises his children. He loads them into the car and travels across the entire country. More than anything else, 12-year-old Greta hopes to see her mother again. Cast: Ryan Simpkins, John Hawkes and others. World Premiere

GATTU (India, by Rajan Khosa) – The sky is full of kites and none flies as high or fast as Kali. In order to beat the black kite, Gattu has to reach for the sky. International Premiere

Isdraken (The Ice Dragon, Sweden, by Martin Högdahl) – Whales cry when they lose their herds. Banished by the youth welfare office to northern Sweden, Mike knows the feeling. It’s only when he meets the very cool Pi that the ice begins to melt. World Premiere

Kikoeteru, furi wo sita dake (Just Pretended to Hear, Japan, by Kaori Imaizumi) – Her spirit will protect you! After her mother’s death, Sachi’s only hope is spiritual comfort. But what if there’s no such thing as ghosts? International Premiere

Pacha (Bolivia/Mexico, by Hector Ferreiro) – A shoeshine boy gets caught up in the turmoil of the Bolivian “gas war”. In the streets the Indigenous population is protesting for their rights, while in his dreams the boy is walking the paths of his culture. World Premiere

Zarafa (France/Begium, by Rémi Bezançon and Jean-Christophe Lie, animation) – Maki has only just made friends with Zarafa, when the orphaned baby giraffe is given to the King of France as a gift. A richly illustrated adventure, from Africa to Paris. International Premiere

As announced in the first press release, the programme also includes the following films:

Vierzehn (Fourteen, Germany, by Cornelia Grünberg, documentary) – Soon their lives revolve around diapers, not parties. Four 14-year-old girls and their babies. An exciting new phase is beginning before they have had time to live out the last one. World Premiere

The Monkey King – Uproar in Heaven 3D (People’s Republic of China, by Da Su and Chen Zhihong) – 130,000 hand-painted water colours and voices from the Peking Opera are brought back to life in the elaborately restoration of this famous classic. A wonderfully entertaining animation film: now in 3D. International Premiere