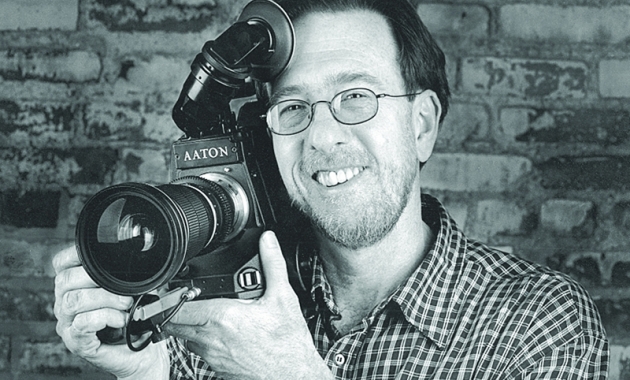 The Full Frame Documentary Film Festival has announced its 2012 Thematic Program and Tribute. The annual Full Frame Tribute will be presented to Stanley Nelson for his significant contribution to the documentary form. The 2012 Thematic Program will focus on family, with a series of films curated by Ross McElwee. McElwee will also present his most recent film “Photographic Memory” at the April event.

“Exploring one’s family seems deeply entwined with the desire to document and record one’s surrounding world,” said director of programming Sadie Tillery. “For many, the first form of documentary encountered was through family pictures, videos, albums. We consider many personal stories each year, and we wanted to bring a selection of that work to the forefront and view it as a collective.”

“Documentary cameras have long courted danger,” said McElwee. “Recently, they’ve been hauled onto the battlefields of Iraq and Afghanistan, slipped behind the fences of polluting oil industries, and onto the streets during crackdowns by military dictatorships.   But perhaps the most challenging place to try to film is within the realm of your own family.  The risk in doing so is, of course, not physical, but rather emotional. In this selection of American documentaries, the filmmakers explore the delicate terrain along the fault line of family.”

Ross McElwee grew up in North Carolina. He has made nine feature-length documentaries as well as several shorter films, many of which were shot in his homeland of the American South. His films include “Sherman’s March,” “Time Indefinite,” “Six O’Clock News,” and “Bright Leaves.” He has screened numerous films at Full Frame and received the Festival’s Career Award in 2007. McElwee has been teaching filmmaking at Harvard University since 1986 where he is a professor in the Department of Visual and Environmental Studies.

McElwee’s latest film “Photographic Memory” contemplates the filmmaker’s relationship with his young adult son, Adrian. In exploring their strained bond, McElwee travels back to St. Quay-Portrieux in Brittany, where he spent time as a young man himself, and seeks out those he was close to there at a similar time of his own life. Adrian McElwee and the film’s producer Marie-Emmanuelle Hartness will also be present for the screening in Durham.

The Full Frame Documentary Film Festival has received a $20,000 grant from the Academy of Motion Picture Arts and Sciences to support the 2012 Thematic Program.

The Festival will also honor filmmaker Stanley Nelson with the annual Full Frame Tribute. Nelson’s body of work includes the critically acclaimed films “A Place of Our Own,” “Freedom Riders,” “Jonestown: The Life and Death of Peoples Temple,” “Wounded Knee,” “Sweet Honey in the Rock: Raise Your Voice,” and “The Murder of Emmett Till,” among numerous other titles.  An Emmy-winning MacArthur “genius” Fellow, Nelson is co-founder and Executive Director of Firelight Media, which provides technical education and professional support to emerging documentarians, and co-founder of the documentary production company, Firelight Films.

“Stanley Nelson is an incredible filmmaker, and it’s been a privilege to showcase his films over the years,” said Tillery. “We not only look forward to screening a selection of his work during the Festival, but also spotlighting the significant ways in which he supports and encourages up and coming filmmakers through Firelight Media. We’re excited that he will be joining us in Durham.”

“I am thrilled to be honored with the 2012 Full Frame Tribute,” said Nelson.  “Full Frame’s past honorees include not only some of the most important documentary filmmakers working today, but some of my personal mentors and role models. I am humbled to be in their illustrious company.

“I have been working in documentary film for decades, and I believe that now, in these difficult and tumultuous times, independent documentary films are more important than ever.  We need a diversity of voices and vision of independent filmmakers of all kinds, particularly from those communities that have been left out of the mainstream, to tell us who we are as a nation, and where we are – and should be – going.  That is what I try to do through my work as a filmmaker and through the Firelight Media Producers’ Lab, and that is what Full Frame has shown itself committed to as well.

“In providing a creative community, an exhibition showcase, and building audiences for documentaries, Full Frame is a rare and critical organization in the field.  I’m grateful to be part of the Full Frame family.”

Specific titles for the Thematic Program and Full Frame Tribute, along with attending guests, will be announced in March.

The 15th Annual Full Frame Documentary Film Festival will be held April 12-15, 2012, in Durham, N.C., with Duke University as the presenting sponsor. Festival passes can be purchased online at www.fullframefest.org.