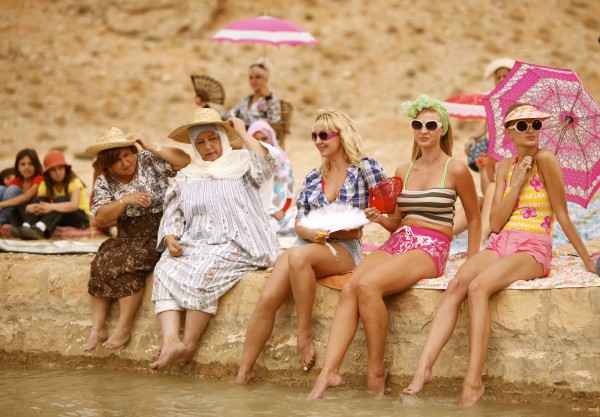 “Our program this year reflects invigorating change,” remarks SBIFF Executive Director Roger Durling. “When I joined SBIFF ten years ago, I set out to bring the festival’s program and its sidebars to reflect the city of Santa Barbara as a city, and its community. This year we’ve taken that concept even further. We have a fantastic, quirky, all encompassing program.”

SBIFF 2012 will kick off at the historic Arlington Theatre with the World Premiere of the Sony Pictures Classics film Darling Companion. The Opening Night film will be preceded by the new Pixar animated short film, La Luna, written and directed by Enrico Casarosa. La Luna is a fable of a young boy who heads to sea for a most unusual rite of passage. Following the Opening Night screening, the festivities will continue with a party at Paseo Nuevo in downtown Santa Barbara. Opening Night Film and Gala is sponsored by Studio 7 and The Hollywood Reporter.

On Closing Night, SBIFF proudly presents the West Coast Premiere of Where Do We Go Now? directed by Nadine Labaki. Winner of the People’s Choice Award at the 2011 Toronto International Film Festival and Broadcast Film Critics Association nominee for Best Foreign Language Film, this anti-war comedy offers a wildly creative take on the intractable religious conflict in a remote village. Fed up with mourning their husbands and sons, the women of the village, where Christians and Muslims live side by side, concoct inventive schemes to prevent sectarian violence from further corrupting their loved ones. To quash interreligious conflicts, the women are not above sabotaging the village’s sole television, colluding with the priest and imam, nor enlisting a busload of sexy Ukrainian strippers to distract their men. Through Labaki’s wonderfully insightful comic eye, Where Do We Go Now? confronts the hard truths of a fractured society, offering an alternate vision of transcendence and unity. The Closing Night film is sponsored by The Santa Barbara Independent.

The Centerpiece Gala will feature the U.S. Premiere of Samsara, directed by Ron Fricke. Prepare yourself for an unparalleled sensory experience! Samsara reunites Fricke and producer Mark Magidson, whose previous films Baraka and Chronos were acclaimed for combining visual and musical artistry. Samsara expands on their effort to portray the connections between humanity and nature in a bold way. Filmed for over four years and in more than twenty countries, the film transports us through multiple cultures to sacred grounds, disaster sites, industrialized zones and natural wonders. By dispensing with dialogue and descriptive text, the filmmakers subvert our expectations of a documentary. Instead, they encourage our own interpretations inspired by images and musical compositions that infuse the ancient with the modern. Samsara is a Tibetan word that means “the ever turning wheel of life,” and Fricke describes the film as a “guided meditation on the cycle of birth, death and rebirth.”