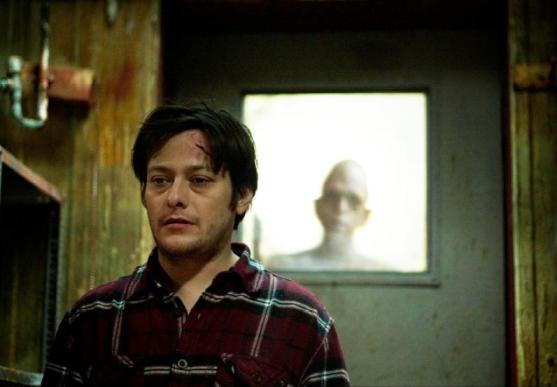 The indie film “Below Zero,” will close the 2012 Derby City Film Festival.  The film is also a festival finalist for awards in the BEST FEATURE, BEST ACTOR (Edward Furlong), and BEST ACTRESS (Kristin Booth) categories.

International indie sensation “Below Zero,” (www.belowzeromovie.com) starring Edward Furlong (Terminator 2, American History X, The Green Hornet), Michael Berryman (One Flew Over the Cuckoo’s Nest, The Hills Have Eyes, Scooby Doo, Weird Science), and Kristin Booth (Young People F*cking, Defendor, The Kennedys) is bringing its world festival tour to Louisville. The perplexing and disarming thriller will close the festival, playing in the Clifton Center’s luxurious Eifler Theater (2117 Payne Street, Louisville, 40206).  The film is a finalist for the DCFF awards in the BEST FEATURE, BEST ACTOR (Edward Furlong), and BEST ACTRESS (Kristin Booth) categories. A ‘Question & Answer’ session with the filmmakers will follow the screening.

Inspired by true events, “Below Zero” is the story of Jack the Hack (Furlong), a desperate screenwriter with writer’s block, who arranges to have himself locked in the freezer of a slaughterhouse owned by Penny (Booth) in order to meet a deadline. While confined, he imagines the story of an emotionally disturbed butcher (Berryman) and his young son (played by newcomer Sadie Madu) who use the slaughterhouse to dispose of victims.  As the temperature drops, the lines between reality and fiction blur, and Jack’s script comes dangerously to life as he struggles to meet his deadline.

“I call this film an autobiographical horror,” says writer/producer, Signe Olynyk, who struggled with her own case of writer’s block.  “You’ve heard of method acting?  You could say I’m a ‘method writer’.”  In order to complete the script, Olynyk arranged to have herself physically locked in the meat freezer of an abandoned slaughterhouse.  After camping out for five days, she emerged with the script for “Below Zero.”

“The film is extremely suspenseful.  More of a thriller, than a horror,” adds producing partner, Bob Schultz.  “As producers, we wanted to create a film that would appeal to horror fans, but also capture a mainstream audience.”  Filmed entirely at the same location as where the script was written, Schultz credits Olynyk for creating “…a cool, twisty story within a story, within a real-life story.

The producing team will also be featured on various panels on Sunday, February 19 to discuss screenwriting, independent production, and the screenwriting conference they run, The Great American PitchFest (www.pitchfest.com).  To learn how to make a successful independent film, raise financing, pitch, and write a great script, visit www.derbycityfilmfest.com for details on this panel and others.