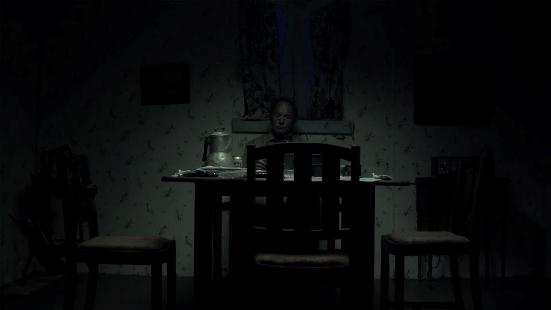 Louisville natives Scooter Downey and Sean Elliot will have the Kentucky premiere of their film It’s In The Blood, a character-driven horror story starring veteran character actor Lance Henriksen, at the 2012 Derby City Film Festival.

The public premiere at the festival is 8:00 PM February 18th at the Clifton Center in Louisville. The festival runs February 17th-19th.  It’s In The Blood has been nominated for best picture, and Lance Henriksen and Sean Elliot are up for best actor.

Directed by Scooter Downey, It’s In The Blood is a wholly unique cinematic movement.  At its core a father son story, the film is a deconstruction of the prototypical “creature feature”, incorporating elements of mystical realism and psychological thriller.  We call it a Psyche-Saga.  Lance Henriksen, best known for his roles as Karl Bishop Weyland in the Aliens franchise and Frank Black in the TV series Millennium, stars in this nightmarish descent into the wilderness, the very heart of darkness where more than your guilt can eat you alive.

The film is a true Lousville film. Born and raised in Louisville, Kentucky, and best friends since kindergarten, Sean Elliot and Scooter Downey co-wrote and produced the film. The film was also largely developed in Louisville where the script was drafted and revised, the LLC was established, the business plan was developed, and 100% of the funding was raised.