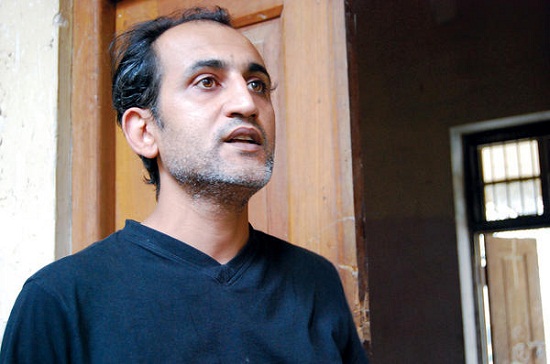 The San Francisco Film Society announced that Iraqi director Oday Rasheed will be in San Francisco for the Film Society’s third Artist in Residence program, April 2 – 16. Rasheed’s schedule will include programs in each of the Film Society’s core areas — education, exhibition and filmmaker services — including visits to Bay Area high school and college classrooms, a screening of his feature Qarantina and networking events with the local film community. Rasheed’s residency is funded by the Kenneth Rainin Foundation.

“We are thrilled to have this opportunity to bring one of the few working Iraqi filmmakers to San Francisco for our next residency,” said Joanne Parsont, SFFS director of education. “Oday Rasheed’s films and personal experience will undoubtedly provide a unique perspective and learning experience for hundreds of local students, filmmakers and filmgoers. We also look forward to fully engaging him with the Bay Area filmmaking community during his two-week stay with us. We are grateful to our community partner, Global Film Initiative, for connecting us with Rasheed and to the Kenneth Rainin Foundation for providing the funding that has allowed us to continue this enriching program for the second year in a row.”

A broken family under patriarch Salih lives uneasily within the gated courtyard of a dilapidated house in Baghdad. Meriam, Salih’s daughter, has fallen silent, refusing to tell her father what’s wrong. Salih’s young second wife, Kerima, and his preteen son, Muhanad, provide Meriam with some protection from her father. Meanwhile, with the family hard up for money, Muhanad must work in the street shining shoes and, more ominously, the entire household must cohabitate with a sullen and imperious boarder, a man who works as a hired killer and has taken Kerima as his mistress. In Qarantina Rasheed gorgeously captures today’s Baghdad, a moody and colorful place in the grip of a brooding listlessness. This stunned atmosphere is furthered by the performances of the formidable cast, who suggest unexpected sources of resilience in the wake of catastrophe. Written by Oday Rasheed. Photographed by Osama Rasheed. With Asaad Abdul Majeed, Alaa Najem, Hattam Auda. In Arabic with subtitles. 90 min. Distributed by Global Film Initiative.

Visiting artists are selected based on their filmmaking experience, compelling body of work and desire to share their knowledge with emerging filmmakers and film students. Under the auspices of the Film Society’s Education department, Rasheed is scheduled to visit several middle school, high school and college classes during his residency. In collaboration with Filmmaker360, the Film Society’s filmmaker services program, Rasheed will also have the opportunity to meet and network with Bay Area filmmakers.

Prior Artists in Residence have been Federico Veiroj of Uruguay and Ido Haar of Israel.