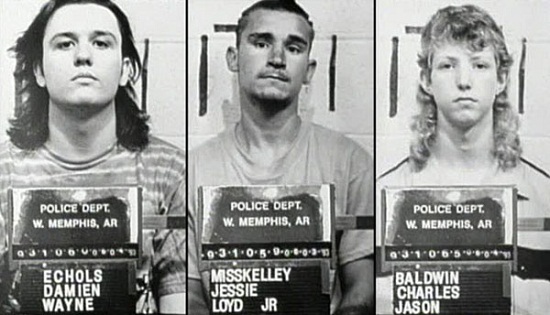 WEST OF MEMPHIS is a powerful documentary that chronicles the new investigation surrounding the “West Memphis Three,” which ultimately broke the case open and led to the freedom of three innocent men: Damien Echols, Jason Baldwin and Jessie Misskelley Jr. Beginning with a searing examination of the fatally flawed police investigation into the 1993 murders of three, eight year old boys in the small town of West Memphis, Arkansas, the film goes on to reveal personal insight into Echols’ fight to save his own life; how he survived eighteen years on death row and eventually freed himself from the hatred and ignorance of those who had tried to destroy him.  The film asks the question that still haunts Echols, Baldwin and Misskelley to this day – what value do we, as a society place on the truth?

“In 2009 Peter Jackson, Fran Walsh and Lorri Davis approached me to make a film which documented the defense’s battle to overturn the guilty verdicts in the case of the West Memphis Three. After spending more than two years on the ground filming in Arkansas, the blatant injustice of the case was very apparent; my hope is that WEST OF MEMPHIS will lead to full exoneration for Damien, Jason and Jessie. In addition, I hope the film will serve as a platform for a broader discussion about the failures of our criminal justice system nationwide. I’m very excited for this powerful story to be making its way to theaters and know that having Sony Pictures Classics as our partner is the surest way to catapult our film to the widest possible audience,” says Director Amy Berg.