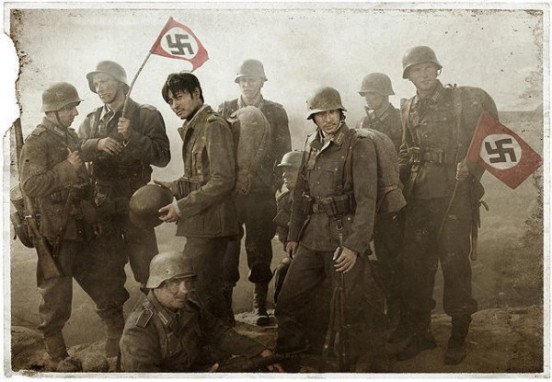 The Dallas International Film Festival announced today that the South Korean epic, MY WAY (2011) will be featured in one of the coveted Centerpiece screening slots with director, Kang Je-Gyu in attendance.  The Closing Night festivities will be marked by a special cast and crew reunion to celebrate the 25th anniversary of the Sci-Fi classic ROBOCOP, which was shot in Dallas.   DIFF also announced that the 2012 Festival will be dedicated to Cinemark’s Lee Roy and Tandy Mitchell.  Additionally, groundbreaking digital initiatives will launch the Festival to a new audience through live streaming and exclusive online content.

For the 2012 DIFF, artistic director, James Faust is featuring South Korean films and filmmaking as its international spotlight.  As one of the biggest productions in South Korean history, the WWII epic, MY WAY (courtesy of Well Go USA Entertainment and CJ Entertainment) will be featured as the Festival’s Tuesday night Centerpiece on April 17.  Famed South Korean director, Kang Je-gyu (TAE GUK GI: THE BROTHERHOOD OF WAR (2004); SWIRI (1999)) from Seoul, South Korea will present the film in Dallas for the first time to a Southwest audience.  “There is a very strong Korean community in Dallas and a real interest in its film industry,” said James Faust. “MY WAY and Kang Je-gyu will thrill our audience.  Inspired by a true story, the imagery and cinematography in this film is breathtaking but it’s also a classic story about friendship, dedication and sacrifice.  As MY WAY features the international star power of Dong-gun Jang, Jo Odagiri and Fan BingBing, we have a truly compelling Tuesday night Centerpiece that showcases the breadth of South Korean filmmaking.  This is exactly what I hoped for when creating this International Spotlight category.”

Wrapping the 2012 Festival on Saturday, April 21 will be the 25th anniversary celebration of ROBOCOP.  Presented in partnership with the Dallas Film Commission, the historic Texas Theatre will host many of the cast and crew that worked on the film for the film’s first official reunion since it was shot in Dallas 25 years ago.