MARINA ABRAMOVIC THE ARTIST IS PRESENT to be released in June 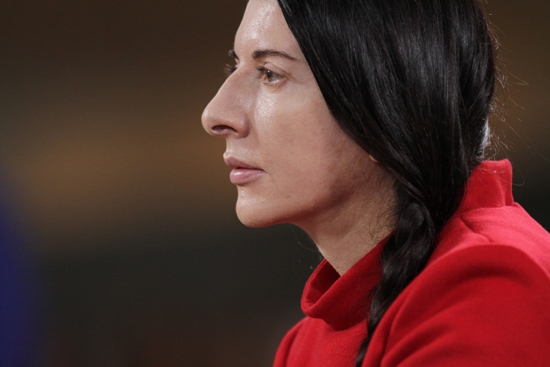 Matthew Aker’s film MARINA ABRAMOVIC THE ARTIST IS PRESENT will be released in the U.S. by a partnership with Submarine Entertainment and Music Box Films.

The film which is co-directed by Jeff Dupre is expected to be released in theaters in June 2012.

Seductive, fearless, and outrageous, Marina Abramović has been redefining performance art for nearly 40 years. Using her body as a medium, and pushing herself beyond her physical and mental limits, Abramović creates emotionally provocative work that transgresses boundaries and expands consciousness. She is, quite simply, one of the most compelling artists of our time.

With total access granted by Abramović and the Museum of Modern Art, New York, filmmaker Matthew Akers has created a visually luscious and mesmerizing cinematic journey that takes us inside the world of radical performance. Akers brings us close to the curators, collaborators, lovers, and admirers of the artist. The filmmaker also mines Abramović’s creative process and remarkably grants audiences the coveted experience of sitting across from the artist during the most important show of her career. Marina Abramović The Artist Is Present is both an intimate portrait and an experiential encounter with an astonishingly magnetic, endlessly intriguing woman who draws no distinction between life and art.