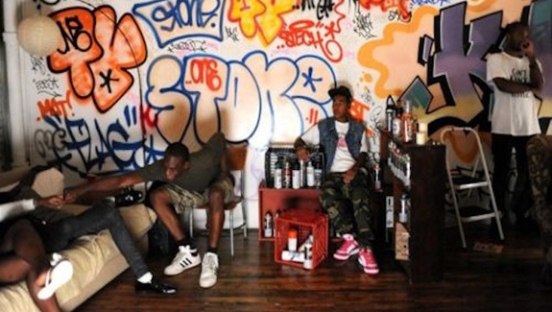 Sundance Selects has quickly snapped up Adam Leon’s GIMME THE LOOT which won the Grand Jury Prize for Best Narrative Feature at the 2012 South by Southwest Film Festival and will screen at New Directors/New Films this weekend.  It stars newcomers Tashiana Washington,Ty Hickson, Meeko, Zoe Lescaze and Sam Soghor.

In GIMME THE LOOT, Malcolm and Sofia, two determined teens from the Bronx, are the ultimate graffiti-writers. When a rival gang buffs their latest masterpiece, they must hatch a plan to get revenge by tagging an iconic NYC landmark, but they need to raise $500 to pull off their spectacular scheme. Over the course of two whirlwind, sun-soaked summer days, Malcolm and Sofia travel on an epic urban adventure involving black market spray cans, illicit bodegas, stolen sneakers, a high stakes heist, and a beautiful, stoned girl whose necklace is literally their key to becoming the biggest writers in the City.

Adam Leon, said: “We’re absolutely thrilled to be working with Sundance Selects. It’s extremely gratifying that our gang of misfits, all of whom took on tremendous sacrifices and poured their hearts into making this film, have found a home at such a prestigious company. We’re so excited to share this movie with a larger audience and are deeply thankful to everyone at Sundance Selects.”