Concert Documentary Andrew Bird: Fever Year to have its Arizona Premiere at the Phoenix Film Festival 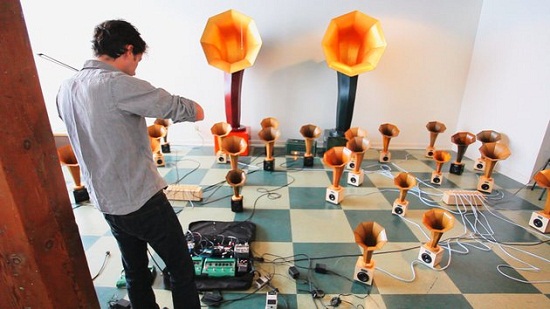 The multi-award winning concert documentary, Andrew Bird: Fever Year, which had its World Premiere at Lincoln Center last October as part of the prestigious New York Film Festival will screen its Arizona Premiere with the Phoenix Film Festival on Friday, March 30, with an encore on Saturday, March 31.

Filmed during culminating months of the acclaimed singer-songwriter’s most rigorous year of touring, Andrew Bird crosses the December finish line in his hometown of Chicago – feverish and on crutches from an onstage injury. Is he suffering hazards from chasing the ghost of inspiration? Or merely transforming into a different kind of animal “perfectly adapted to the music hall?”

Fever Year will only be released in festivals – by choice of Andrew Bird, who owns and commissioned the film.

Ms. Aranda is directing her newest project, Mormons Make Movies, inspired by religious educational films her mother starred in while a student at Brigham Young University during the 1960s.