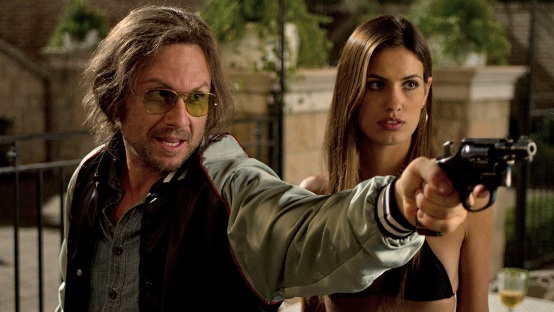 The 2012 Tribeca Film Festival (TFF) unveiled six new titles world premiering at the Festival. Narrative films Freaky Deaky and Future Weather and documentaries Portrait of Wally and Once in a Lullaby: The PS22 Chorus Story will screen as part of the “Tribeca Talks: After the Movie” series, the documentary Wagner’s Dream will premiere as part of the new “Beyond the Screens: Globalize Your Thinking” series, and the narrative Knife Fight will have a special screening with an extended Q&A. Finally, TFF celebrates the 10th anniversary of the Avant-Garde Masters grants, created by the National Film Preservation Foundation and The Film Foundation to help preserve American avant-garde cinema, with a special screening and “Tribeca Talks” panel.

“Tribeca Talks: Directors Series” will include one-on-one conversations with:

“Tribeca Talks: After the Movie” will include:

Academy Award®-nominated film WarGames from director John Badham, which uses advances in national security and the vulnerabilities of new technology as the backdrop for a coming-of-age thriller; followed by a conversation with director John Badham, actress Ally Sheedy, Bitcoin Technical Lead Gavin Andresen, William D. Casebeer, PhD, Program Manager, Defense Sciences Office at DARPA (USAF, retired), and others about the historical relationship between military strategy and technical innovation, storytelling with gaming and simulation tools, and the challenges of depicting cutting-edge technology on the big screen.

The world premiere of Freaky Deaky, a throwback to the decadent Los Angeles of the 1970s, where a disgraced cop gets a shot at a comeback when a young actress needs help taking down a powerful movie producer; followed by a conversation with novelist Elmore Leonard, director/ screenwriter Charles Matthau, and Freaky Deaky stars Christian Slater, Crispin Glover, Michael Jai White, and Andy Dick.

The documentary The Virgin, the Copts and Me, where filmmaker Namir Abdel Messeeh sets out to investigate the phenomenon of supposedly miraculous Virgin Mary apparitions in Egypt’s Coptic Christian community. Facing opposition from producers and his family, he reimagines his film as a touching, hilarious portrait of family and heritage; followed by a discussion with director Namir Abdel Messeeh and other notable guests on cultural identity and the prevalence of contemporary international filmmakers who delve into what it truly means to go “home.” Hosted by the Doha Film Institute.

The world premiere of Portrait of Wally, a documentary that follows Lea Bondi’s ancestors as they take on the Austrian government, billionaire art collectors, MoMA and NPR in their attempt to reclaim Bondi’s Egon Schiele painting “Portrait of Wally,” which was seized by Nazis in 1939; followed by a conversation with director Andrew Shea, critic and journalist David D’Arcy, Jane Kallir of Galerie St. Etienne, historian and attorney Willi Korte, and Chief of the Asset Forfeiture Unit at the U.S. Attorney’s Office, Southern District of New York Sharon Cohen Levin about the issues of provenance and the global sharing of art in museums. 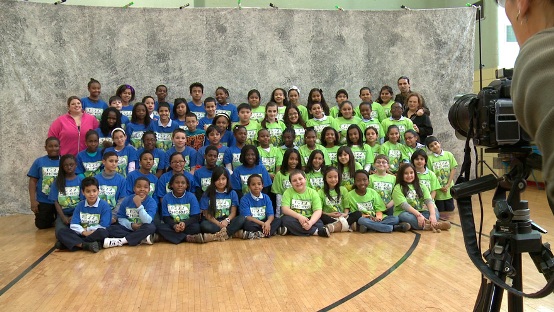 The world premiere of Once in a Lullaby: The PS22 Chorus Story, a documentary that follows the now world-famous YouTube sensation elementary school chorus as they travel to perform the closing number of the 2011 Academy Awards®; followed by a conversation with director Jonathan Kalafer, PS22 chorus teacher Gregg Breinberg, Executive Director of the Office of the Arts and Special Projects at the New York City Department of Education Paul King, and more on how new media and technology in the classroom can breathe new life into students’ curricula, capture their attention, and spark eagerness to learn. Moderated by Tribeca Film Institute Education Program Developer Caitlin Meisner.

The world premiere of Future Weather, inspired by a New Yorker article on global warming, which follows a teenage loner who becomes obsessed with ecological disaster, forcing her alcoholic grandmother to rethink their futures; followed by a discussion with writer/director Jenny Deller, producer Kristin Fairweather, Future Weather actress Lili Taylor, and more on how an article about a scientific and environmental issue planted the seed for an intimate fiction film and inspired an environmentally sensitive production.

A collection of American avant-garde classics by Abigail Child, Larry Gottheim, George Kuchar, Carolee Schneemann, and more—specially curated with TFF to celebrate the 10th anniversary of the Avant-Garde Masters grants, which were created in 2003 by the National Film Preservation Foundation and The Film Foundation; followed by a panel discussion with filmmakers Carolee Schneemann, Abigail Child, Larry Gottheim, and TFF experimental film programmer Jon Gartenberg. Moderated by Assistant Director of the National Film Preservation Foundation Jeff Lambert

“Beyond the Screens: Globalize Your Thinking” will feature:

The world premiere of Wagner’s Dream, a documentary that follows perhaps the most ambitious project in the Metropolitan Opera’s famed history, the new staged production of opera’s most formidable masterpiece: Richard Wagner’s four-part Ring Cycle; followed by a conversation about this incredible artistic journey with filmmakers Susan Froemke and Bob Eisenhardt, the Met’s General Manager Peter Gelb, opera soprano Deborah Voigt and tenor Jay Hunter Morris. Moderated by “the Voice of the Met” Margaret Juntwait.

Let Fury Have the Hour, a documentary that brings together more than 50 big-name artists, musicians, writers, and thinkers who used their creativity as a response to the reactionary politics that came to define our culture in the 1980s, tracing a momentous social history from the 1980s to the present and imparting a message of hope; followed by a conversation with director Antonino D’Ambrosio, film collaborator and artist Shepard Fairey, the MC5 guitarist Wayne Kramer, playwright and activist Eve Ensler, and more as they discuss the power of artistic expression.

The List, a documentary that follows Kirk Johnson, who recently returned from rebuilding teams in war-torn cities in Iraq as he advocates for a growing number of Iraqi citizens now targeted by radical militias because they aided the U.S. in the reconstruction effort; followed by a conversation with director Beth Murphy, film subject Kirk Johnson, Executive Director and Founder of Iraq and Afghanistan Veterans of America (IAVA) Paul Rieckhoff, and others about the current state of Iraqis seeking asylum and issues surrounding post-traumatic stress disorder in soldiers and refugees. Moderated by The New Yorker’s George Packer.
“Tribeca Talks: Industry” will feature:

Film and Brands, a conversation with filmmakers and strategic communications professionals about how brands and filmmakers are increasingly collaborating on film projects to achieve a range of objectives, from marketing and public relations to corporate storytelling and philanthropy. As the number of projects as well as the platforms for distribution increase, the bar has been raised for how to make these projects effective corporate storytelling pieces as well as quality filmmaking. Panelists include producer and director Brett Ratner, American Express’ Vice President of Global Media, Sponsorship and Experiential Marketing Rich Lehrfeld, GE’s Global Executive Director of Advertising and Branding Judy Hu, the Norman Lear Center’s Managing Director and Director of Research Johanna Blakley, Chief Marketing Officer of Chipotle Mexican Grill Mark Crumpacker and select filmmakers for a conversation about how they are collaborating and where this increasingly complex and sophisticated world is heading. Moderated by Jon Patricof, President and Chief Operating Officer of Tribeca Enterprises.

Imagine More, sponsored by Canon, after a screening of Ron Howard’s production when you find me—the first Hollywood film inspired by a photo contest—Canon representatives and filmmakers will discuss the versatility of shooting with Canon cameras and creating films through collaborative storytelling. Panelists include Canon USA Technical’s Chuck Westfall, The Russian Winter director Petter Ringbom, CatCam director Seth Keal, and others.

The Business of Entertainment, sponsored by Bloomberg, focusing on the recent rise of international co-production, exploring the benefits and obstacles of this often complex but rewarding strategy. Bloomberg convenes major producers, financiers, and other key industry decision-makers who play leading roles in financing today’s film and entertainment industries. Panelists include co-producer of The Girl and CEO of Bonita Films Tania Zarak, Chairman and CEO of Endgame Entertainment James D. Stern, and Director of European Film and TV Group, Exclusive Media, Ben Holden. Moderated by Bloomberg News entertainment reporter Michael White.

The Future is Short: Storytelling in the Digital Age, sponsored by GE / FOCUS FORWARD – Short Films, Big Ideas, a conversation with CINELAN, filmmakers and distributors on the power, art and business of short film storytelling at a time when platforms like Hulu, Netflix, Yahoo!, and the New York Times become commercially viable distribution outlets. Panelists include CINELAN co-founder and filmmaker Morgan Spurlock, filmmaker Annie Sundberg, Jason Spingarn-Koff of the New York Times Op-Docs series, and others. Moderated by the Director of Film and Video at TED, Jason Wishnow.

Does the Cloud have a Silver (Screen) Lining, sponsored by SAP, a conversation examining the best model for independent films to reach audiences and make money out of new distribution opportunities in an ever-evolving digital landscape. Panelists include Executive Vice President and CMO at Time Warner Cable Jeffrey A. Hirsch and filmmakers for a discussion about navigating today’s digital marketplace. Moderated by Senior Vice President of Media and Entertainment at SAP Richard Whittington.

New Filmmakers on Film, sponsored by Panavision, a discussion about Panavision’s New Filmmaker Program, which provides grants to artists that gives them the opportunity to shoot on film, instead of turning to digital technology. Panelists include Una Noche director Lucy Mulloy, Kodak’s US Account Manager of Features and Post-Production Bob Mastronardi, cinematographer Guy Godfree, and other film artists as they discuss the program and new opportunities for emerging talent. Moderated by Panavision’s New Filmmaker Program Manager, Mike Dallatorre.

“Tribeca Talks: Pen to Paper hosted by Barnes & Noble” will include:

Based on the Book, a conversation exploring adapting a book into a film that will examine the elements that best translate from the page to the screen and whether it is possible to create a version of the story that is better than the book. Panelists include TFF filmmakers Pen-ek Ratanaruang (Headshot), Charles Matthau (Freaky Deaky), Donald Rice (Cheerful Weather for the Wedding), and others.

In addition, the Tribeca/ESPN Sports Film Festival will include:

The world premiere of Knife Fight, a political satire that follows a campaign strategist who struggles to keep his wayward clients in office and out of the press; followed by an extended Q&A about presidential campaigns and how politics are spun with writer/director Bill Guttentag, writer and co-producer Chris Lehane, actor Rob Lowe, and campaign strategist Steve Schmidt. Moderated by MSNBC senior political analyst and co-author of Game Change Mark Halperin.

With Illicit Networks: Portrayals through Film, Tribeca Enterprises and Google Ideas team up for a conversation addressing Hollywood’s portrayals of illicit networks that traffic everything from narcotics and weapons to body parts and human beings. Experts, law enforcement participants, and survivors will use what we learn from film to examine the mysterious and misunderstood world of illicit trafficking. Moderated by Director of Google Ideas Jared Cohen.