What Films to See in NYC This Weekend-Bully, The Island President, Turn Me On, Dammit, Generation P! It’s RAINING in NYC! Go to the Movies! 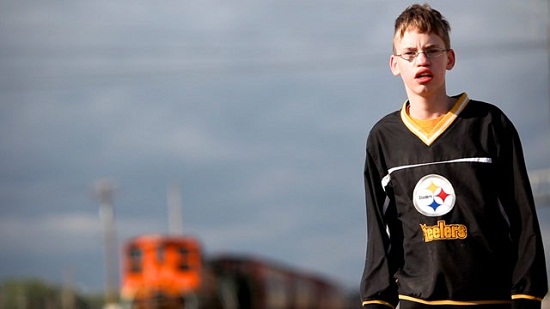 Two new wonderful documentaries are opening this weekend- Lee Hirsch’s Bully– which is a heart-breaking, take-no-prisoners hard look at the insidious problem of bullying in American middle and high school classrooms, and The Island President, which is an extraordinary portrait of recently ousted Maldivian President Nasheed, and his great fight to combat global warming (Which is literally sinking his splendid Maldive Islands.) Both are two of the most thought-provoking documentaries you will see this year. (The Island President won the People’s Choice Award at the Toronto film Festival, and Bully has been a complete festival sensation, as well.) Please don’t miss them. Bully plays at the Angelika and the AMC Loews Lincoln Square 13, and The Island President plays at Film Forum through April 10th.


Viktor Ginzburg’s new Russian film Generation P, based on the Russian novel by Viktor Pelevin, pretty much defies all general description. Staring out in a newly dissolved Soviet Union in he mid-90s, it looks to this American like the film could have been 1974. The film is a hilarious, deft, mind-bending portrayal of a young advertising executive and his adventures with magic mushrooms, mad Russian ad moguls, Chechnyan rebels,  and milking the public in its thirst for everything Western. I couldn’t imagine anything worse than an American PR sensibility, but apparently a free Russia also meant a free-for-all sort of carte blanche for the burgeoning advertising industry. I honestly can’t say how much of the film is fictional- did they REALLY make commercials in Russia like this in the last ten years? But it’s one of the very few films I’ve ever seen that actually makes you want to run out and buy the book. Perfect for Hunter S. Thompson fans, too. A very wild ride. Playing at The New Directors/New Films Series in NYC.

Jannicke Systad Jacobsen’s first feature Turn Me On, Dammit! is a charming Norwegian film about a very sexually charged young teenager, Alma, (luminous Helene Bergsholm) who, despite her lithe, blonde, waifish self, cannot seem to get any real action. She becomes ostracized when her lust backfires at a party- and she is given the accidental moniker “Dick Alma” (…when another young man insists that his penis brushed against her thigh whilst they were making out.), and we are witness to the classic, cringe-worthy episodes of adolescent shifting friendships and alliances. With a cast of largely non-actors, the film is strange, desolate, lovely and sexy all at once- an actual light, funny, and frustrating portrayal of female sexuality- a topic rarely handled so well in today’s cinema. (The film captured Best Screenplay at Tribeca last year.) Alma doesn’t feel really sorry feel sorry for herself, she just seems to know who she is somehow, and exactly what she wants. As she is betrayed by her entire student body, she still stands strong, and it is heartening to see a young character who has found what truly makes her tick. By focusing on Alma’s needs as a simple horny teenager, rather than portraying her as a cartoon of some fantasized, over-sexualized teenage image, the filmmaker takes a few brave, tentative, greatly needed steps forward. Turn Me On is also wildly funny and greatly entertaining, at parts, as well. Go see this at night this weekend. Playing at Lincoln Center and at the Angelika.

Remember guys, support Independent Cinema, whenever you have the chance. They’re a lot of really good choices this weekend. Now, go and out and see some!