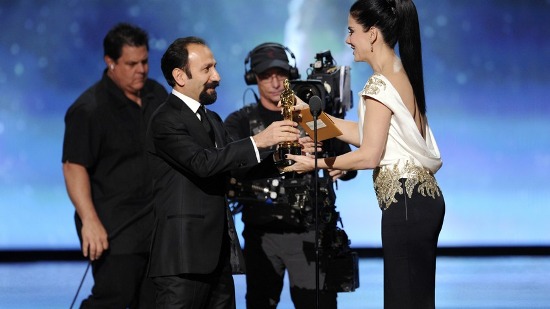 Farhadi and Mallet-Guy will receive the award for their new project that will be filmed in France and in French in the Fall.

“In these times when certain politicians are trying to turn the beautiful rainbow of cultural diversity in the world into differences and confrontations, I believe that this MEDIA award for my next film project is a very encouraging sign,” Farhadi said of the prize.

The MEDIA prize is awarded to the best project with box-office potential submitted by a screenwriter and a production company. The project is selected from the applications submitted for development support from the MEDIA program in a given year. MEDIA will allocate support for the screenplay, casting, preparing a financial plan, marketing and piloting production. The EU MEDIA prize is part of the MEDIA program’s new €1.8 billion agenda set to kick off in 2014 and run through 2020 called “Creative Europe” meant to facilitate cultural exchange among film industry professionals through digital technology.