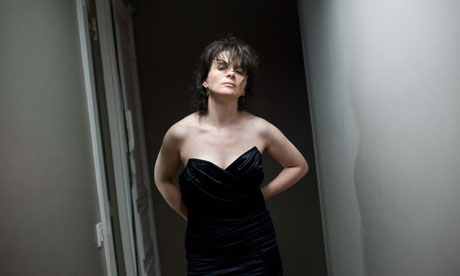 Juliette Binoche stars in Elles, a film that is strangely more sensual than sexual, considering one of its serious subject matters: Student prostitution in Paris. In Elles, (directed by Małgorzata Szumowska) Binoche plays an extraordinarily well-heeled journalist (one of her subjects even asks if her gorgeous shoes are “expensive”) for Elle Magazine. She is interviewing young female college students who become escorts to pay for their tuition and rent. Binoche’s character Anne is the married mother of two- one elegantly scruffy teenage boy, and a younger one of about nine. Her husband seems caring yet distracted, loving and slightly mystified, as does she, as they go through their lives, figuring out what to purchase next, dealing with their pot-smoking son, and trying to keep things running as smoothly as possible.

As she goes over her notes and recordings for the article, which is due on deadline the  next day, we see her move through her scheduled day, visiting her sick father, grocery shopping, and preparing a dinner for her husband’s boss and wife for that same evening. These scenes are intercut with the recounting of the increasingly sexual and sometimes disturbing images of the two different young women with their various johns, and the relationships she develops with each of them as she is interviewing them. Alicja (Polish actress Joanna Kulig in a searing performance) and Charlotte (the lovely Anaïs Demoustier) also seem strangely detached from what they are doing- until for Charlotte their actions finally become (very) painfully obvious. Binoche has a similar realization, yet the film physically carries us through this day with such sensual ease, such a pleasure in the unfolding, that is a visual joy to watch. The camerawork recalls early Adrian Lynne films, who shot interiors of Manhattan apartments- whether in Soho or the Upper West side, with a similar, gliding, lovingly observed sort of ease. Binoche, as usual, is perfect to watch, as well.

Yet, obviously, the film has nothing really to do or say about student prostitution- most of these girl’s “affairs” seem more like daring sexual adventures than actual tricks. But it’s interesting to see just how much it takes to sometimes jar Anne’s middle-class, pseudo “feminist” sensibility. The defining point this film has is the manner in which it conveys Anne’s dissatisfaction as something that is simply a part of one’s life to move through, rather than a point of no return, which is a refreshing take. But still, in the end, the film itself is too wan in parts to solidly build the idea around to make us really feel for, or care very deeply for Anne’s “plight.”