“Ricky on Leacock,” “We Women Warriors,” and “Holy Man” are Shining Lights at IDA’s Docuweeks Fest in NYC and LA this Month 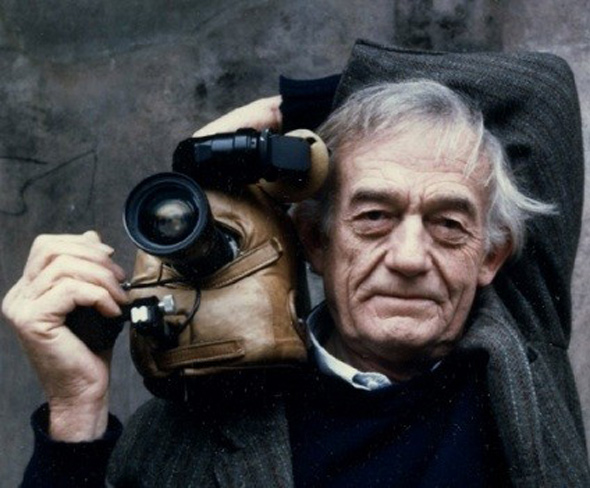 There are some really nice doc films at IDA’s continuing DocuWeeks Festival (in New York and Los Angeles) this week…Here were a few genuine stand-outs:

In Ricky on Leacock, director Jane Weiner shares with us nearly forty years of friendship and footage on the creator of cinéma vérité, the legendary filmmaker Richard Leacock. Ricky is one of those great artist depictions which allow the viewer to feel and create their own assumptions and thoughts about both the upbringing and family background of the subject, but this absence works wonderfully here: We witness what an elegant, generous spirit really was, and through wonderful interviews and clips from the likes of D.A. Pennebaker, Robert Drew, Ed Pincus, Jonas Mekas, Dušan Makavejev, and others, we see what an astounding influence Leacock had on certainly not only cinema and how it was conceived for the new generation, but television, TV journalism and live news.

Always searching to make the camera and sound equipment as unobtrusive and invisible as possible, one only wonders how much work the man could have created in the wholly digital age. “My life has been about cooking and making film, and it’s been wonderful,” Leacock joyfully intones at the end of the film. Who could ask for anything more, from an artist or the truly great and inspiring film about his still important legacy? A must-see doc this season- one that will really lift both your heart and soul.

Holy Man-The USA Vs. Douglas White, directed by Jennifer Jessum and narrated by Martin Sheen, tell s the story of Douglas White, one of the last living medicine men of the Lakota Sioux from Pine Ridge Indian Reservation in South Dakota. White, who has since passed away. White spent 17 years in the federal pen for a crime, the film very persuasively posits, he did not commit. Coupled with amazing interviews of former leaders of AIM (American Indian Movement) and other prominent lawyers and Sixties figureheads, the film truly breaks your heart as it tells the story of how the US has coupled the American Indian population oppressed and disenfranchised. (The Pine Ridge Reservation is located in one of the desperately poor counties of the United States.) Activist Russell Means ends with this very scary, sentient premonition: “It’s happening to the Americans,” he says “but they just don’t see it yet. But it’s happening. Welcome to the reservation.”

We Women Warriors is director Nicole Karsin’s seven year-in-the-making doc that tells the story of three women, leaders of their different indigenous tribes in Colombia. Colombia has 102 aboriginal groups, one-third of which face extinction because of the conflict between the government and the rebel FARC groups over land, cocoa plantations and rampant drug smuggling. These women show astonishing courage and grace, choosing the path of non-violence to resist and deal with both the army and the guerillas that have killed many of their friends, husbands and brothers. Karsin also shows us that these women are taking up their time-honored tradition of weaving to galvanize their voices as well as make a living for themselves and their respective tribes. (She now sells the beautiful bags with her staff outside all of the screenings, and has links to websites to help.)

Other stand-outs at the Docuweeks Festival are Patrick Shen’s searing La Source, narrated by Don Cheadle, which tells the tale of Josue Lajuenesse, a Haitian Princeton janitor who returns to his country after the devastating 2010 earthquake to revive his lifelong dream to bring what is most fundamental to his village’s survival-clean water; Nelson Cheng’s The Magic Life, about three struggling magicians trying to go “legit” as working artists, Macky Alston’s Love Free or Die, about the first openly gay bishop in “Christendom.” Don’t miss Docuweeks-which just began in LA last week (at the Laemmle NoHo 7) and two more weeks in NYC (at the wonderful IFC Center.)