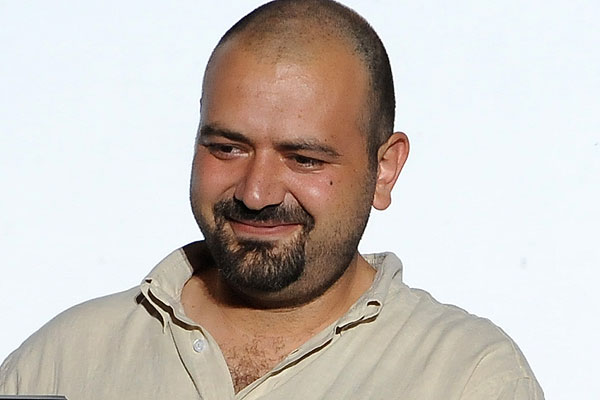 The Toronto International Film Festival issued a press release earlier this week expressing deep concern for independent filmmaker and producer Orwa Nyrabia who was reportedly arrested on the 23rd of August at the Damascus airport and has not been seen since. It is believed that he was arrested by one of the security services of the Syrian regime and detained in the jail cells of the intelligence services

The Toronto International Film Festival® today expressed its deep concern in response to the recent arrest of Orwa Nyrabia, the director of Dox Box, the acclaimed international documentary film festival in Damascus. Nyrabia was arrested on the 23rd of August at the Damascus airport, as he was on his way to Cairo. He was arrested by one of the security services of the Syrian regime and detained in the jail cells of the intelligence services. There has been no news of him since.

An independent filmmaker and producer, Nyrabia has produced films in Syria, most notably for the French-German television channel, Arté. He has also served on the jury of the Amsterdam, Tehran, Leipzig and Copenhagen documentary film festivals. Along with director Diana el-Jeiroudi, he was awarded the European Documentary Network award for their exceptional contribution to the development of documentary cinema.

After receiving a diploma in the dramatic arts from the High Institute for Theater in Damascus (1999), Nyrabia was first assistant to Oussama Mohammad on the award winning feature, Sacrifices (2002) and was cast in the male lead in Yousry Nasrallah’s Gate of the Sun (2004). He was working with veteran documentary director Omar Amiralay on his new feature documentary before Amiralay untimely passing in 2011.

Nyrabia belongs to the emerging generation of Syrian filmmakers passionate about world cinema and passionate about freedom. We are extremely concerned by his arrest — filmmakers must be allowed to express themselves through their films, without fear of reprisal.