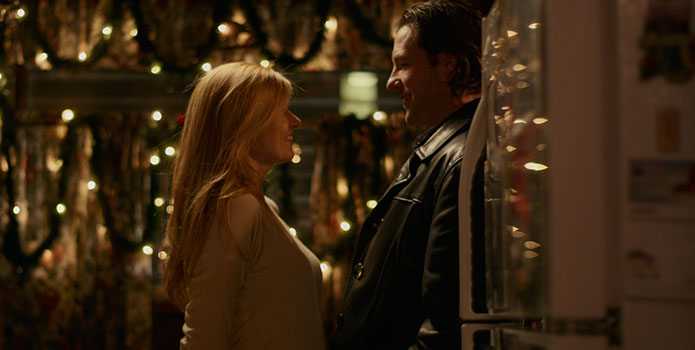 The film will have its world premiere on Sept. 9 as an official selection of the Toronto International Film Festival. Tribeca Film plans a late-November day and date release across multiple platforms timed to the holiday season.

The Fitzgerald Family Christmas follows Burns’ 2011 release Newlyweds, which was a breakout success for the two-year-old Tribeca Film distribution label, ranking as one of last year’s top-selling VOD titles.

With The Fitzgerald Family Christmas, Burns returns to the working-class, Irish-American roots of The Brothers McMullen. Reuniting with McMullen co-stars Connie Britton (“Friday Night Lights”), and Michael McGlone, along with Noah Emmerich (Little Children, Beautiful Girls), Kerry Bishé (Argo, Red State) and Caitlin FitzGerald (Damsels in Distress, Newlyweds) Burns seamlessly weaves an ensemble story of adult siblings dealing with the desire of their estranged father (Ed Lauter, The Artist, The Longest Yard) to return home for Christmas for the first time since he walked out on his family 20 years ago. Family rifts emerge, and like with any family, Christmas brings a mixed bag of complicated emotions and dynamics. Alliances form, old wounds are reopened or glossed over, and the possibility for a new hope and forgiveness emerges.

“Having returned to my own filmmaking backyard with my most personal work, The Fitzgerald Family Christmas, I’m thrilled to partner with my old friends at Tribeca,” said Edward Burns. “We’ve been working closely together for over a decade and I’m happy to have their support to launch the film this holiday season.”

“Family dynamics around the holiday are a rich vein, brought to life on screen by Ed Burns’ unique ability to create relatable, intimate and affecting moments,” said Geoffrey Gilmore, Chief Creative Officer of Tribeca Enterprises. “Deeply felt performances from a strong ensemble cast make the Fitzgeralds a family that recalls the McMullens but with a fresh and wry perspective all its own.”