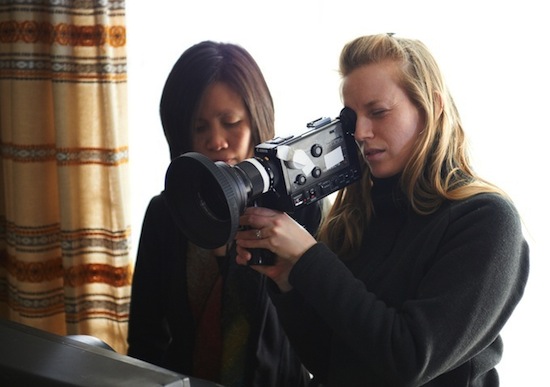 Stories We Tell, Sarah Polley’s documentary inquiry into her tangled family history, has won the Toronto Film Critics Association’s 2012 Rogers Best Canadian Film Award and the $100,000 prize. This marks the second time the TFCA has honoured Polley for Best Canadian Film; she won for her first feature, Away From Her (2006). Stories We Tell also received the TFCA’s 2012 Allan King Documentary Award.

Also nominated for the award were Bestiaire, directed by Denis Côté, and Goon, directed by Michael Dowse.  As runners-up, Côté and Dowse each received $5,000.

Other award winners include, the 2012 Manulife Financial Best Student Film Award to Ryerson University student Andrew Moir for his short documentary Just As I Remember, which juxtaposes the experience of two men with ALS—a father of three in the early stages of disease and his own dad who is almost completely paralyzed. The award carries a cash prize of $5,000.

The TFCA’s Jay Scott Prize for an emerging artist twas presented to Toronto filmmaker Nicolás Pereda (Greatest Hits). The prize is accompanied by a $5,000 cash award and $5,000 in post production services.

Last month, The Master, Paul Thomas Anderson’s drama about a battle of wills between a ravaged war veteran and the cult leader who offers him a place at his right hand, dominated the 2012 awards of the Toronto Film Critics Association. Anderson’s film took Best Picture, Best Director and Best Screenplay, with co-star Philip Seymour Hoffman named the year’s Best Supporting Actor.