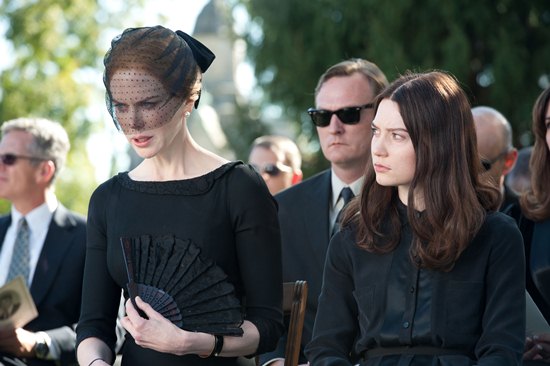 The closing film is a psychological drama/thriller starring Mia Wasikowska (Alice in Wonderland, Jane Eyre), Matthew Goode (A Single Man, Watchmen) and Nicole Kidman (The Hours, The Others). Stoker is the script writing debut of actor Wentworth Miller (Prison Break).

Stoker is about the girl India (Wasikowska), whose father dies in an auto accident. Her Uncle Charlie (Goode), who she never knew existed, comes to live with her and her emotionally unstable mother Evelyn (Kidman). Soon after his arrival, she comes to suspect this mysterious, charming man has ulterior motives, but instead of feeling outrage or horror, this friendless girl becomes increasingly infatuated with him.