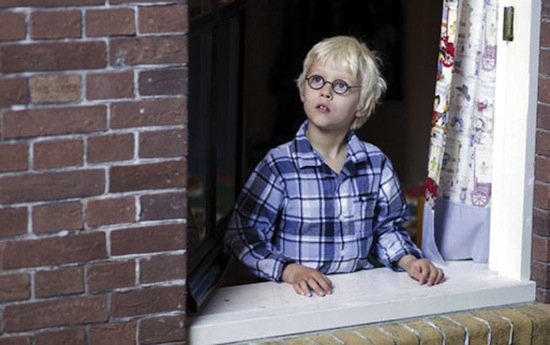 The 3rd annual Tumbleweeds Film Festival for Children and Youth will run from March 15-17, 2013 in Utah, and will feature a jam-packed program of feature-length films from around the world. This year’s festival presents 11 feature films from 7 countries including Latvia/Estonia, Germany and Ireland.

All screenings will be presented at the Rose Wagner Performing Arts Center.

ALFIE, THE LITTLE WEREWOLF /// Dolfe Weerwolfje
Directed by Joram Lürsen
5 min | 2011 | The Netherlands
Presented in Dutch with English subtitles
Recommended for ages 8+
When the full moon rises on the night of his seventh birthday, strange things begin to happen to shy little Alfie: he suddenly grows claws, fuzzy white hair, and begins to howl at the moon. Alfie soon realizes he is no longer a regular kid — he has turned into a werewolf!

BROOKLYN CASTLE
Directed by Katie Dellamaggiore
102 min | 2012 | USA
Recommended for youth 11+
Join the students of Brooklyn’s IS 318 as they work to win another national chess championship and show that playing chess is about more than winning or losing – it’s what helps them overcome the challenges in their lives.

ELIOT AND ME
Directed by Fintan Connolly
52 min | 2012 | Ireland
Recommended for ages 6+
Dublin. The present. Ten-year old Lucy struggles to come to terms with her parents’ separation. She rescues a dog, Eliot, from the local dog shelter. It is love at first sight and her life starts to get better. But tragedy strikes when Eliot goes missing, and Lucy must undertake a dangerous journey to find him.

THE FAMOUS FIVE /// Funf Freunde
Directed by Mike Mazurk
89 min | 2012 | Germany
Presented in German with English subtitles
Recommended for ages 7+
Three siblings, their cousin and a canine companion become summertime sleuths in this adaptation of the famed Enid Blyton novels. Siblings Julian, Dick and Anne aren’t looking forward to spending all summer in a tiny village with their relatives. Things take an exciting turn when they meet Timmy – George’s secret canine friend – and stumble upon a mystery connected to the remote Kirrin Island.

GATTU
Directed by Rajan Khosa
79 min | 2011 | India
Presented in Hindi with English Subtitles
Recommended for ages 6+
Gattu is an orphan who works at his guardian’s scrap yard in a small Indian town. Though he’s small in stature, Gattu has big ambitions – namely, defeating the mysterious black kite, Kali, which dominates the sky above his kite-obsessed community.

LOTTE AND THE MOONSTONE SECRET /// Lotte ja kuukivi saladus
Directed by Janno Põldma and Heiki Ernits
73 min | 2011 | Latvia/Estonia
Presented in English
Recommended for ages 4+
In their last adventure, Klaus and his friends Fred and Ville took three stones from a secret temple. What they didn’t know is that the stones are the only way for the Moon Rabbits to get back home.

A MONSTER IN PARIS /// Un Monstre a Paris – Opening Night Gala
Directed by Bibo Bergeron
90 min | 2011 | France
Presented in English
Recommend for ages 6+
aris, 1910. A shy movie projectionist and a colorful inventor find themselves embarking on the hunt for a monster that’s terrorizing citizens. They join forces with a big-hearted star of the Rare Bird cabaret, an eccentric scientist and his irascible monkey to save the monster from the city’s ruthlessly ambitious police chief.

SHAKESPEARE HIGH
Directed by Alex Rotaru
81 min | 2011 | USA
Recommended for Ages 12+
At home many of them face poverty, gangs, drugs, and a lack of role models. But in their high school drama programs, a perse group of SoCal teens find a chance to create a better life. This documentary follows several students as they prepare for, and compete in, the 90th Drama Teachers Association of Southern California Shakespeare Festival.

WILL
Directed by Ellen Perry
102 min | 2011 | United Kingdom
Recommended for ages 8+
Eleven-year-old Will Brennan is Liverpool FC’s biggest fan. At his boys’ school in England, Will’s love and knowledge of The Beautiful Game even outshines his football-obsessed mates. But life is turned upside down when his long-absent father, Gareth, reappears with tickets to the 2005 Champions League Final in Istanbul.

ZARAFA
Directed by Rémi Bezançon, Jean-Christophe Lie
78 min | 2012 | France
Presented in French with English subtitles
Recommended for ages 8+
While on the run from a slave trader, 10-year-old Maki meets a young giraffe he names Zarafa. They set off on journey from Africa to Paris. Maki has one wish: to help Zarafa to return to her native land. Inspired by a true story, this animated film takes you on an adventure from the deserts to the snowy mountains to tell the tale of an everlasting friendship.

GIRL POWER
Recommended for ages 12+
A collection of short film that focus on stories told from a girl’s perspective. The program will feature films directed by Spy Hop students including films created as part of KUED’s “Women Redefined” program.

SHORTS PROGRAM 1
Recommended for ages 4+
A delightful collection of animated and live action films from around the world to captivate wee ones.