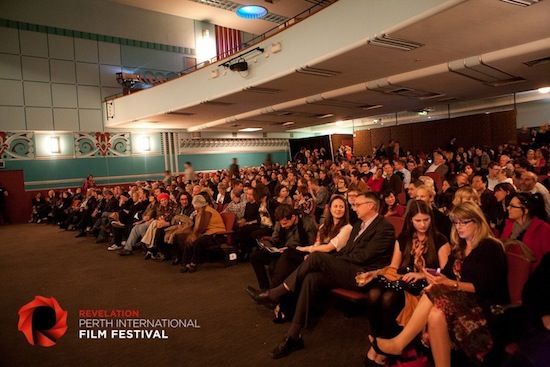 Revelation Perth International Film Festival will run from July 4-14, 2013 in Perth, Australia and filmmakers from across the globe are invited to enter their films.

Regarded as one of Australia’s most exciting independent film festivals, the festival’s search is on for unique, signature-driven works from both emerging and established filmmakers.

Each year, REVELATION sees Australian filmmakers converging on Western Australia to present their works and meet with screenwriters, producers, directors, distributors, and other industry representatives.

Founded in 1997, REVELATION has developed into an internationally renowned film festival, screening stand-out works and giving a platform for distinctive approaches to production, distribution and exhibition. REVELATION is an outstanding networking opportunity for the Australian and international film community.

The event’s reputation as a leading light of the Australian screen industry has resulted in an impressive number of Australian and world premieres and growing attendance by the film industry’s brightest and best.

Submissions may include narrative features, documentary, short film, animation, experimental work and anything in between.

REVELATION is proudly supported by the West Australian government.