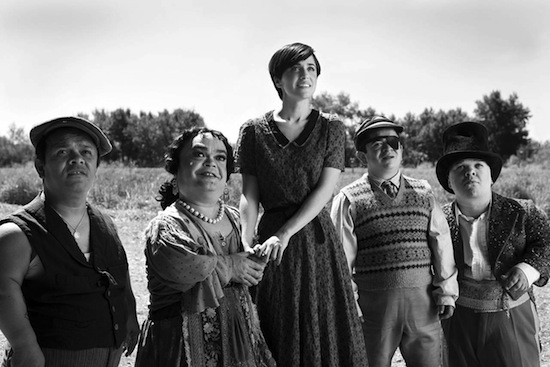 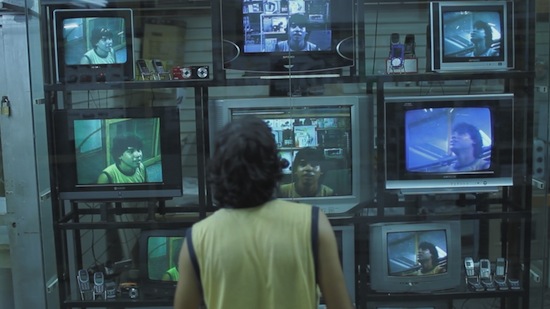 Closing the festival is 7 CAJAS (7 BOXES) on Sunday, April 21 also at the Stateside Theatre. A cunningly plotted action thriller, the film shows a rarely seen Paraguay on the cinematic map, bringing an inventive, lo-fi ingenuity to the traditional crime thriller.

A re-telling of the classic Brothers’ Grimm fairy tale “Snow White”, BLANCANIEVES is described as a breathtakingly beautiful film and a uniquely spirited homage to the black-and-white Golden Age of Europe’s silent cinema. Set in a romanticized 1920s Seville, Berger’s Snow White is Carmen, the daughter of a famous bullfighter, who lives under the tyrannical rule of her monstrous, evil stepmother, Encarna. She escapes and joins a troupe of bullfighting dwarves, where her beauty and natural talent in the ring attract notices from the press. But soon the news reaches Encarna, who at last she knows where to find Carmen, and she prepares for the final showdown.

7 CAJAS develops on a single, sweltering hot night in Asuncion, Paraguay. Víctor, a 17-year-old wheelbarrow delivery boy, dreams of becoming famous and covets a fancy TV set in the infamous Mercado 4. He’s offered a chance to deliver seven boxes with unknown contents in exchange for a quick hundred bucks. But what sounds like an easy job soon gets complicated. When something in the boxes is highly coveted, Víctor and his pursuers quickly find themselves caught up in a crime they know nothing about.

The 16th Cine Las Americas International Film Festival, which runs April 16-21, 2013, will take place at the Stateside Theatre in downtown Austin, the Alamo Drafthouse Village, and the Emma S. Barrientos Mexican American Cultural Center (MACC), with additional screenings at St. Edward’s University. All screenings at the MACC and at St. Edward’s University are free and open to the public. All films are subtitled in English.