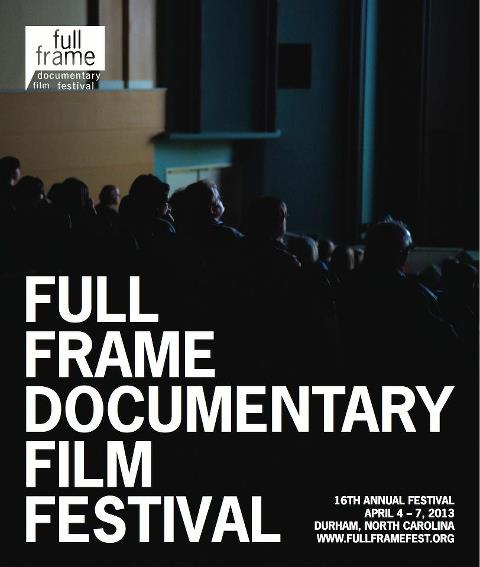 The Speakeasy is a place where everyone from a first-time filmmaker to industry visionaries like D.A. Pennebaker and Michael Moore can share their expertise, dialogue about the state of documentary filmmaking and tackle issues immediately facing the documentary community.

Panelists include Academy Award-nominated directors, filmmakers whose films have grossed millions of dollars in revenues, as well as provocateurs who are pushing boundaries on topics that are playing out in news headlines and others that are often sidestepped as taboo.

Each panel is filmed and made available online after the festival, and the use of social media is encouraged. The panel conversations are free and open to the public, no ticket is required.  For more information, please visit: http://www.fullframefest.org/filmsevents/speakeasy-conversations/

Narrative films built on real-life stories have been fertile ground for filmmakers for almost as long as movies have existed, but increasingly documentaries have become good source material for feature filmmakers. What is the process to take your own documentary into the world of fiction, and what should a documentarian look for should someone wish to option their material?

In February Sean Farnel, former programmer for Hot Docs, wrote a series of provocative web-articles about film festivals, culminating in a piece stating that film festivals should pay filmmakers to screen their work. Setting off comments on both sides, filmmakers urged Full Frame to bring this topic to the Speakeasy for further examination.

Documentary film editors work through hundreds of hours of footage and materials to shape a ninety-minute feature. In this panel, a selection of esteemed editors talk about their art and how the approach to cutting interview, vérité, and archival content distinguishes a film.

When it comes to explicit footage, how do filmmakers choose what, and what not, to show? At what point does “bearing witness” become “exploitation”? Can revealing less particulars act to strengthen a story? Filmmakers discuss their bold choices to reveal and conceal.

The truth can be tricky. This panel brings together three incredible filmmakers to reflect on Amir Bar-Lev’s Thematic Program and to discuss the complex waters of storytelling, the act of projecting meaning onto reality, and “the inevitable friction that happens when multiple stories collide and compete.”

Panelists include: Amir Bar-Lev, filmmaker (Fighter, My Kid Could Paint That); John Walter, filmmaker (THEATER OF WAR) and editor (MY KID COULD PAINT THAT); and Jessica Yu, filmmaker (PROTAGONIST, IN THE REALMS OF THE UNREAL).

The 16th Annual Full Frame Documentary Film Festival will be held April 4-7, 2013, in Durham, NC, with Duke University as the presenting sponsor. Along with the complete schedule of films, tickets are now on sale and can be purchased at http://www.fullframefest.org.