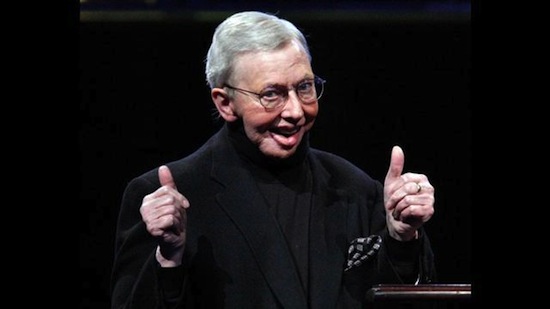 Roger Ebert, arguably the most popular film critic of all times, died today in Chicago. He was 70.

Ebert was originally diagnosed with thyroid and salivary cancer cancer in 2002, but earlier this week, he disclosed that he will be taking a “leave of presence” due to a recurrence of cancer.

Ebert is more well known for his pairing with fellow critic Gene Siskel, on their syndicated show, Siskel & Ebert, who with their trademark Thumbs Up, Thumbs Down rating system could make or break a movie. Siskel died of a brain tumor in 1999 at 53.

After Siskel’s death, the show was renamed “Roger Ebert & the Movies” with a rotating cast of co-hosts. In September 2000 Richard Roeper, became the permanent co-host and the show was renamed “Ebert & Roeper.” Mr. Ebert eventually left the show in 2006 because of his illness, and Mr. Roeper left in 2008.

Since 1999 he had been host of Ebertfest, a film festival in Champaign, Ill. It is sometimes called Roger Ebert’s Overlooked Film Festival.

Ebert is survived by his wife Chaz Hammelsmith.