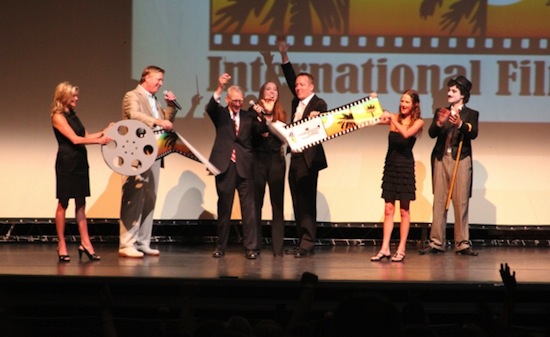 Bill Butler, the respected and innovative cinematographer, who has worked on films including Jaws, One Flew Over the Cuckoo’s Nest, Grease, Rocky II – IV, Flipper, Stripes, Anaconda and many, many more will be honored at the 2013 Charleston International Film Festival.

To celebrate Butler and his contributions to the industry, Charleston International Film Festival (CIFF), is presenting him with the festival’s inaugural lifetime achievement award. The award will be presented during the Awards Gala and festival finale on Sunday, April 28.

In the film industry, Butler is recognized as an innovator in television and motion pictures. He says the most gratifying aspects of his career have been the technical (camera and light) advances he made, collaborations with other gifted directors and actors, the caliber of his final work and, above all, his interactions with crewmembers. He was an Oscar nominee for One Flew Over the Cuckoo’s Nest and a two-time Emmy Award winner, among many other awards and accolades.

At 91, Butler is living in Montana and still hard at work. “All I know is filmmaking,” said the Colorado-native. “I’m reading a script I just got today from someone who wants to know if I want to do it. And sure I’ll do it. I still work very well out there on the set.” He added, “There’s no retirement for me… I’m trying to get all out of life I can. I’m out there giving it hell.”

It will be Butler’s first visit to the Holy City since filming the independent feature Deceiver in 1997.