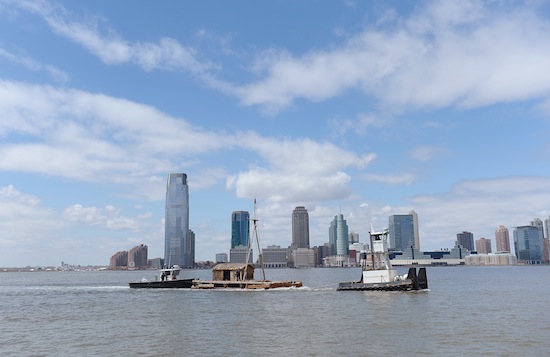 The vessel is a replica of the balsawood raft sailed in the renowned 1947 “Kon-Tiki” voyage, upon which the film is based, and its arrival in New York was in advance of KON-TIKI’s theatrical release, which TWC has set for Friday, April 26th. 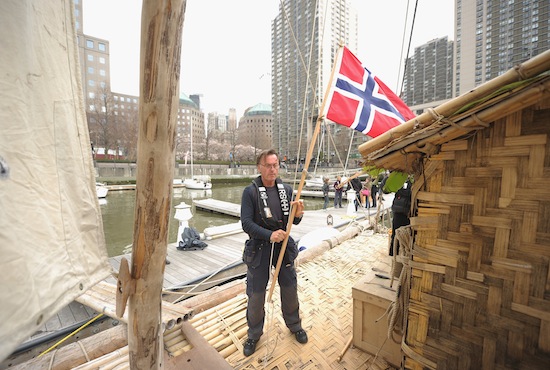 Before being used in directors Joachim Roenning and Espen Sandberg’s KON-TIKI, the fifteen-ton raft crossed the Pacific Ocean under the name “Tangaroa.” The 2006 expedition, which followed the original “Kon-Tiki” route from Peru to Polynesia, was completed in three months by a group of six; included in the crew was Olav Heyerdahl, grandson of Kon-TIki leader and scientist Thor Heyerdahl. His 1947 raft is housed in Oslo’s Kon-Tiki Museum. 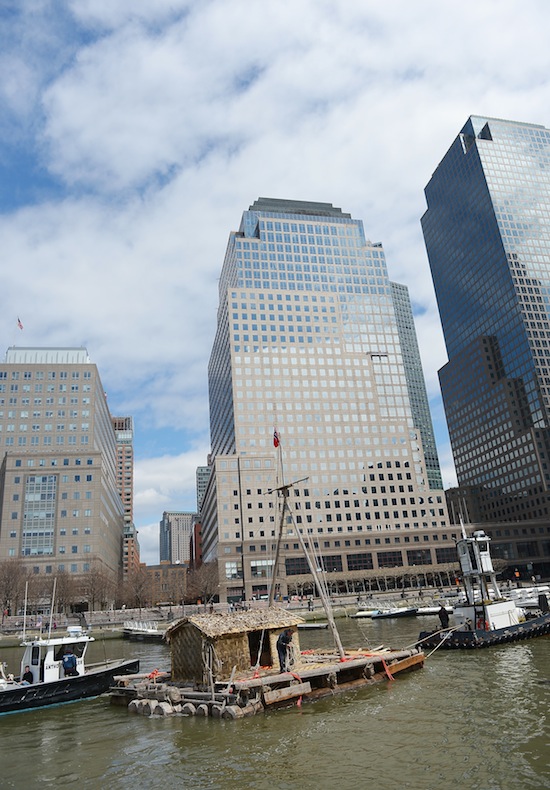 The film Kon-Tiki is based on the story of Norwegian explorer Thor Heyerdahl who crossed the Pacific ocean in a balsa wood raft in 1947, together with five men, to prove that South Americans back in pre-Columbian times could have crossed the sea and settle on Polynesian islands. After gathering financing for the trip with loans and donations, they set off on an epic 101 day-long journey across 4,300 miles, all while the world was watching. KON-TIKI tells about the origin of Heyerdahl’s idea and the events surrounding the group’s voyage.