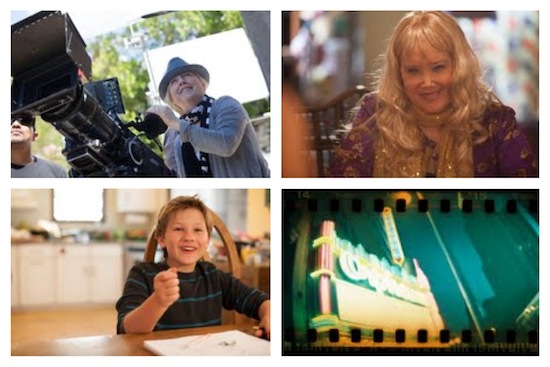 Curse of the Sunset Starlet is a short film directed and co-written (with Steve Erickso, novelist and Los Angeles Magazine film critic) by Lori Precious.   Ms. Precious is an up and coming female filmmaker a rarity in the industry.  The film is generating lots of buzz after multiple nominations – Best Short, Best Short Screenplay and Best Producer – at the Madrid International Film Festival July 1-7, 2013.  It has been accepted into the prestigious Newport Beach Film Festival April 25 – May 2, 2013, and The Tupelo Film Festival May 15-19, 2013.

In the film, Oscar nominated Sally Kirkland stars as an aging horror film star who returns to her long abandoned daughter (Kathleen Wilhoite of Gilmore Girls, ER, Greys Anatomy, Pay It Forward) claiming she is dying. But is she a drifter, grifter or ghost come to destroy the family?

Interesting tidbit: Curse of the Sunset Starlet, was funded by a Kickstarter campaign.

Lori is currently working on a feature film, Hulaville