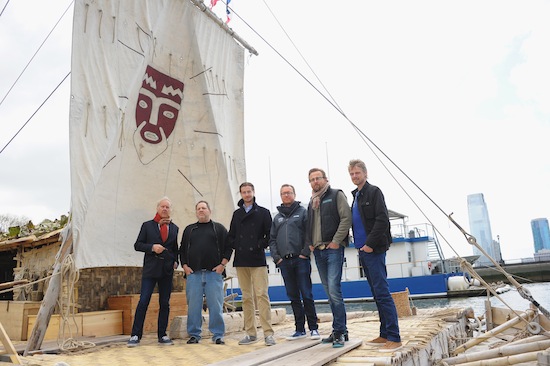 KON-TIKI is the story of Norwegian explorer Thor Heyerdahl who crossed the Pacific ocean in a balsa wood raft in 1947, together with five men, to prove that South Americans back in pre-Columbian times could have crossed the sea and settle on Polynesian islands. After gathering financing for the trip with loans and donations, they set off on an epic 101 day-long journey across 4,300 miles, all while the world was watching. KON-TIKI tells about the origin of Heyerdahl’s idea and the events surrounding the group’s voyage.

(Photo by Michael Loccisano/Getty Images for The Weinstein Company)