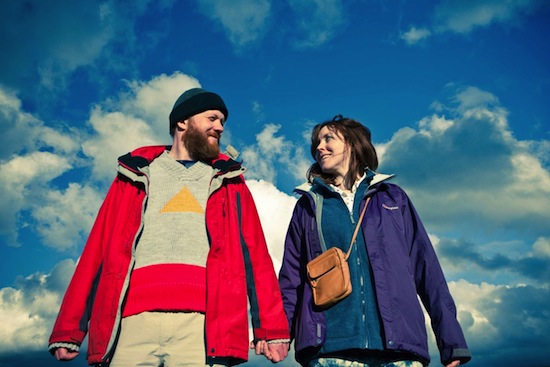 The quirky English humor and quintessential characters of Ben Wheatley’s The Sightseers both disturb us and make us laugh, often without establishing which was the appropriate response. The story follows Chris and Tina on their caravan holiday to a collection of eclectic sights, including the Crich Tramway Museum, the Ribblehead Viaduct, and the Keswick Pencil Museum. Having left her mother and their small English home, a stifling setting where Tina has lived until the age of thirty-four, Tina falls in love with a red-bearded serial killer, Chris. Their odyssey through the countryside is more geared towards personal identity than touristy locations, however. Tina exchanges her baggy 1980’s blue jeans for acid-wash thrift store leggings, and her codes of morality for codes of murder. All the while, Chris gathers material for the book he never begins writing, and Tina discovers that she is less his muse than he is hers. Their story unravels in the rainy countryside instead of on Chris’s blank pages, and every scene becomes a conflict they create for themselves. 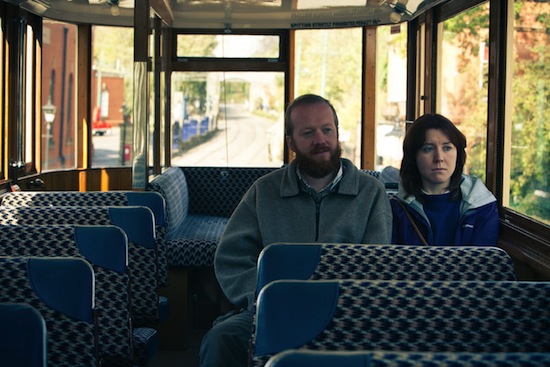 The Sightseers presents two ordinary individuals who establish their own “raison d’etre,” and none could be more significant than the faculty to end another’s life. As Chris and Tina murder the travelers around them, they create a series of dead-ends in terms of how they relate to their world and to the people inside of it. At one point, while visiting a historical ruin, Chris rings an old bell. Although he might not ask for whom it tolls, the audience will answer for him. England might be an island, but man ever was, and the bell tolls as much for Chris and Tina’s victims as it is does for the victims they make of themselves.