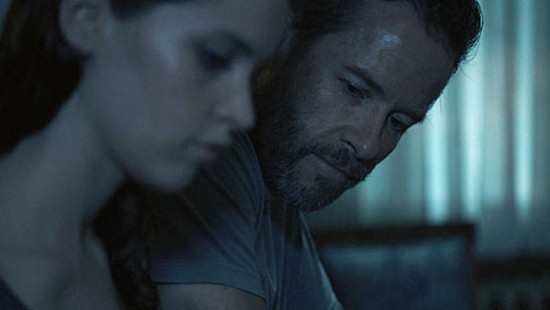 BREATHE IN director Drake Doremus, winner of the 2011 Sundance Film Festival Grand Jury Prize for LIKE CRAZY, said: “I’m very excited that BREATHE IN has been selected to play the Edinburgh International Film Festival and to be given the opening night slot is overwhelming. I now look forward to visiting Edinburgh and celebrating not just the event but the Festival’s recognition of a film I am incredibly proud of.”

As summer turns to fall, music teacher Keith Reynolds (Guy Pearce) privately reminisces about his days as a starving artist in the city. While his wife, Megan (Amy Ryan), and daughter, Lauren (Mackenzie Davis), look forward to Lauren’s final year of high school, Keith clings to those evenings he’s called on to sub as a cellist with a prestigious Manhattan symphony. Megan decides the family should host a foreign exchange student. Sophie (Felicity Jones), a British high school senior, settles in comfortably, but soon challenges the family dynamics. She reinvigorates the impulsiveness of Keith’s personality which ultimately pushes their seemingly perfect family into unfamiliar territory.