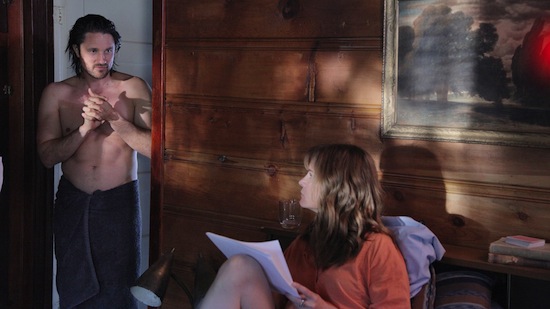 The Moment, the sophomore feature from director Jane Weinstock, is a slippery film: we never quite know whether what we’re seeing is reality or filtered through protagonist Lee’s unstable mind. Lee, a war photographer played by Jennifer Jason Leigh, is first convinced that her ex-boyfriend John (Martin Henderson) is missing, then that she murdered him, but as her therapist reminds her, any of her particularly intense convictions could simply be fantasies. She is suffering from PTSD from her wartime experiences and injuries, and has moved from a rehab facility for the body (where she met John) to one for her mind. 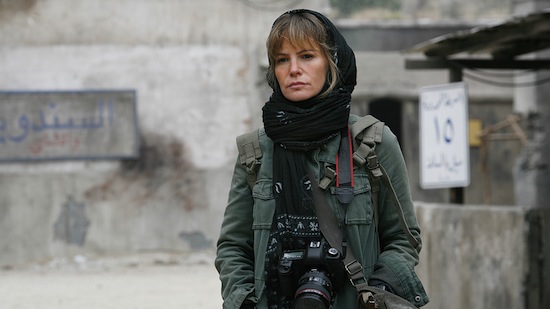 Lee can’t trust herself and we can’t trust Lee, or the film, which seems at times to be the mere product of her disordered, haunted psyche. Weinstock returns again and again to certain images and moments, changing them subtly each time, until they become almost dreamlike, a surreal, kaleidoscopic sequence of repetitions. Over and over again, Lee opens the refrigerator and sees (or doesn’t see) the leftover morphine from John’s hospital stay, takes (or doesn’t take) it out, pours (or doesn’t pour) it into his wineglass on the night when she last saw him. And though John may be gone, Lee cannot quite let go of him – she sees him in the form of one of her co-patients at the hospital, also played (for the most part) by Henderson. The purity of the frame cracks and crumbles as it attempts to follow her through the fractured narrative of her life. How can she possibly uncover the mystery of what really happened to John and what is really going on with her quasi-estranged daughter (Alia Shawkat) if she can’t trust her own memories? How can we? 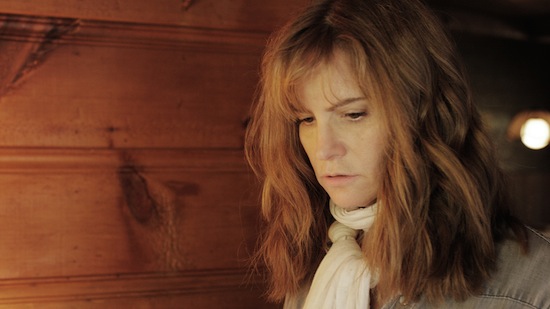 The Moment plays with these concepts in consistently interesting ways, and the actors – Leigh in particular – all give capable, persuasive performances that can seem as rewardingly ambiguous as the film itself, at least until its conclusion, which is disappointingly straightforward. Weinstock’s desire to probe the inconsistencies of memory and personality is admirable and engaging, but does not always succeed: some moments feel a little too on-the-nose, and her use of a handheld camera in the “present” portions of the film is unnecessary and alienating. There is something a little inaccessible about the movie from an aesthetic point of view that makes it difficult for the viewer to allow herself to be utterly swept away by the narrative, no matter how compelling we might find the central character.

Documentary "FREE CHINA: THE COURAGE TO BELIEVE" to Open in LA on May 31 and New York City on June 7