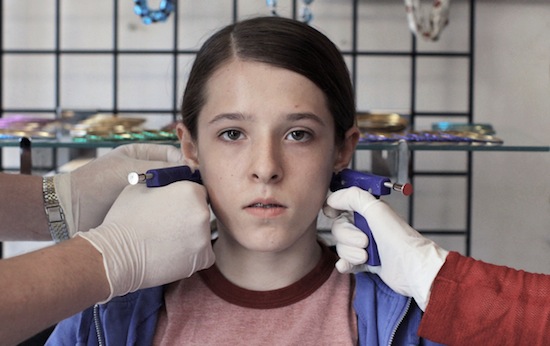 NEEDLE directed by Anahita Ghazvinizadeh, from The School of the Art Institute of Chicago, USA, won First Prize of The Cinéfondation Selection at the 2013 Cannes Film Festival. The Cinéfondation Selection consisted of 18 student films, chosen out of nearly 1 550 entries coming from 277 film schools around the world. As part of the winning prizes, the First Prize winner, Anahita Ghazvinizadeh, is also guaranteed that his first feature film will be presented at the Cannes Film Festival.

In NEEDLE, Young Lilly played by Florence Winners is going to get her ears pierced. A quarrel between her parents overwhelms the situation and directs it differently.

The complete list of winners of The Cinéfondation Selection at the 2013 Cannes Film Festival:

First Prize:
NEEDLE directed by Anahita Ghazvinizadeh
The School of the Art Institute of Chicago, USA