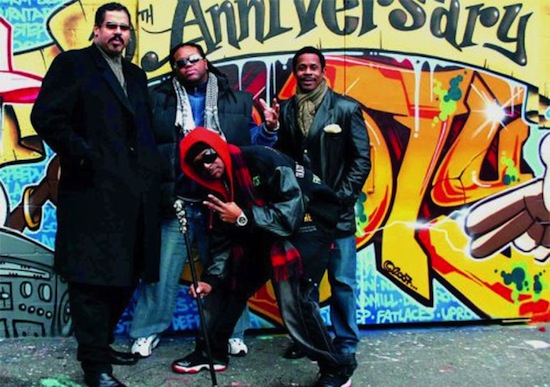 The hip hop history documentary film “I WANT MY NAME BACK” starring Master Gee & Wonder Mike of The Sugarhill Gang, the rap group behind the mega-hit “Rapper’s Delight,” will be released on DVD and digital platforms on June 11, 2013.

” More than 30 years after the historic recording of the iconic mega-hit “Rapper’s Delight,” Master Gee & Wonder Mike come back to reclaim their identities and rightful place in hip hop history in the documentary film “I WANT MY NAME BACK.” One Village Entertainment, a division of Image Entertainment, and part of Robert Johnson’s RLJ Entertainment will be releasing the film on DVD and digital platforms on June 11, 2013.

“I WANT MY NAME BACK” highlights the rise, fall, and rise again of original members of The Sugarhill Gang, Michael Wright (aka Wonder Mike) and Guy O’Brien (aka Master Gee). One of the most influential songs in the history of the music industry and #2 in Rolling Stone’s Top Hip Hop Songs of all time, “Rapper’s Delight” was the first commercial hip hop release, forever changing the face of the music industry. “Rapper’s Delight” is still, to this day, the number one selling single in hip hop history. The group followed up their first hit with another song still played today called “Apache”.  Their first three albums went platinum.  While this success should have cemented the legacy and careers of the original members, reality tells a much different story–one that most people, including those in the hip hop world, are not even aware of.  A story of unprecedented identity theft, copyright and trademark violations, Master Gee and Wonder Mike fight a more than 30 year battle against their label to get their names and legacy back.  The film also features Grandmaster Caz (The Cold Crush Brothers), Melle Mel (Grandmaster Flash), and Vinnie and Treach (Naughty by Nature).  “I Want My Name Back” is the journey of two men who want what was taken from them: their names, their legacy and their music! “